In January 2023, the Project Horus High-Altitude Ballooning group performed two launches, Horus 58 on the 15th of January, and the Southern Hemisphere Space Studies Program 2023 launch, on the 29th of January. This is the first of two flight reports, with the SHSSP 2023 report coming soon!

The Horus 58 launch was intended as a flight test of the payloads to be used in the SHSSP 2023 launch, and included:

In particular, the radiation sensor payload (using a Geiger-Muller Tube) and the Nadir-Facing imagery payload were newly built and needed to be flight-proven to limit the chances of failure on the upcoming SHSSP 2023 launch. Also flown was a LoRaWAN payload built by Liam VK5ALG, which was received by TheThingsNetwork gateways. 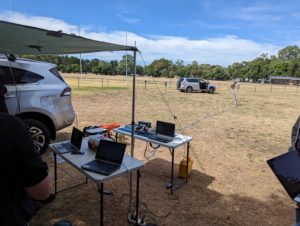 This launch also provided a great opportunity for the local amateur radio community to get setup to receive the many telemetry signals which would be broadcast from both launches. We saw many stations receive both the low-rate Horus Binary telemetry, and the high-speed Wenet Imagery payloads.

The launch day had excellent weather, with mild temperatures and calm winds at the launch site. Launch preparations took a little bit longer than expected due to less people around, but we were still able to get the launch in the air by 10:30 AM local time. 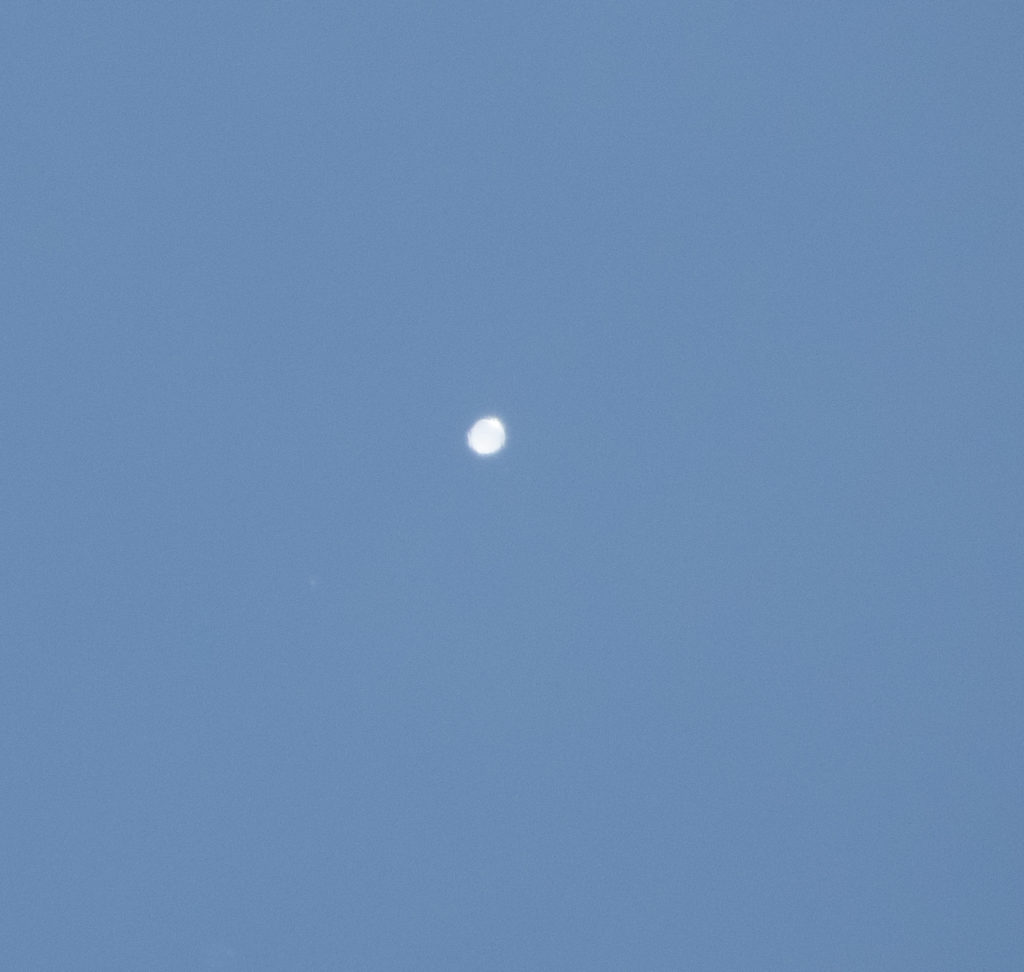 Horus 58 at 33 km altitude, seen from the ground at Eudunda, SA

After burst, the chase teams headed south of Eudunda, where they met up with Steve VK5ST who was also out chasing. The payloads eventually landed a fair way into a property, but thanks to the landowner (Condor Laucke, of Laucke Mills), they were able to gain access and recover the payloads. 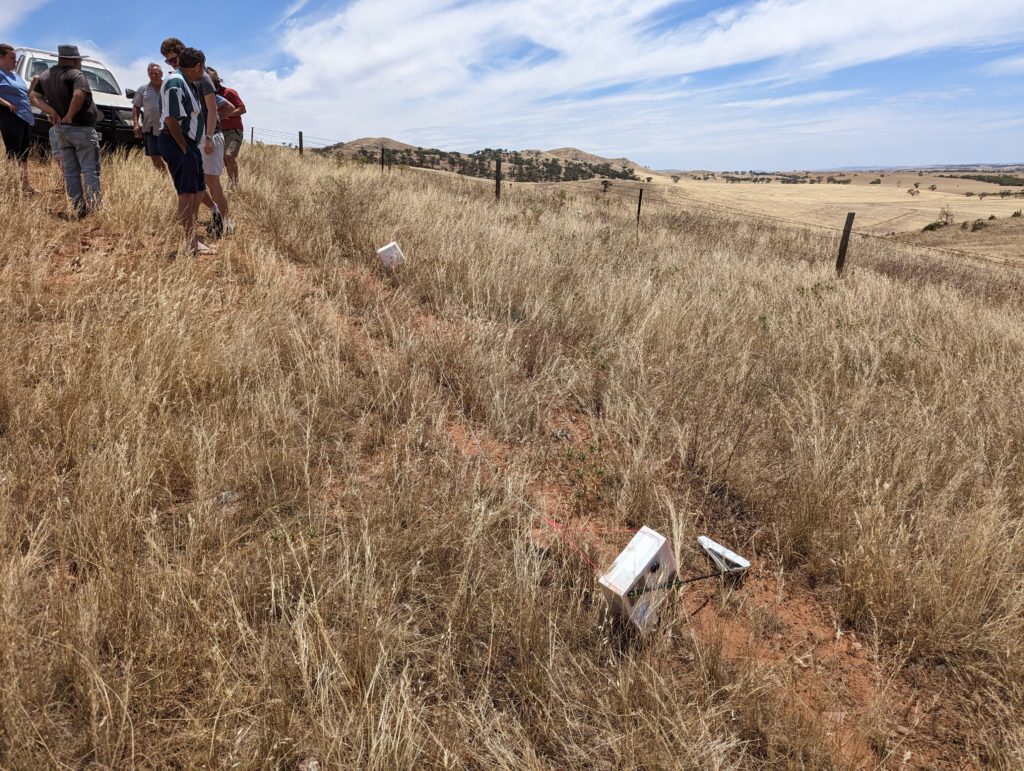 All payloads performed almost perfectly on this flight! The only small issue was seen on the Horizon-facing imagery payload, which was slightly out of focus (an easy fix once back on the ground). The Nadir (downward) facing payload took many high quality images of the ground underneath the launch site, which proved very useful to the SHSSP 2023 participants for reasons to be discussed later!

The radiation sensor payload data clearly showed an increase in radiation levels as the payloads increased in altitude to ~20 km, and then a decrease in levels above that. This effect is known as the ‘Pfotzer-Regener Maximum’. All the sensor data from this flight can be seen on an interactive dashboard available here.

The LoRaWAN payload also performed well, being received as far away as Portland, Victoria: 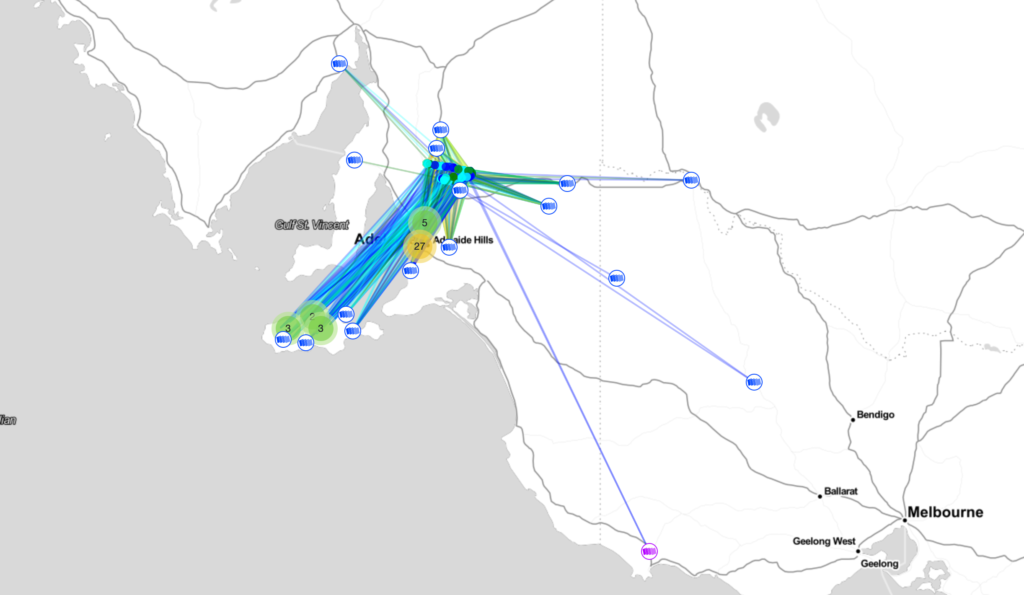 We saw a great turnout of receivers on this launch, with 30 unique callsigns receiving the Horus Binary telemetry. Thanks to all that helped receive telemetry from this flight!

A special thanks goes to the 7 stations that received and uploaded imagery during the flight, with a few stations setting up to receive both imagery payloads at once. Being able to see live imagery from the flight on https://ssdv.habhub.org/ really adds something special to the experience!

Horus 58 was another highly successful flight, and provided valuable testing for the SHSSP 2023 launch. Thanks again to all who participated in the flight, through helping out at the launch site, chasing, or receiving telemetry.

Stay tuned for a report on the SHSSP 2023 launch!

The next AREG meeting is this coming Friday, February the 17th at the Fulham Community Centre – Phelps Court, Fulham. 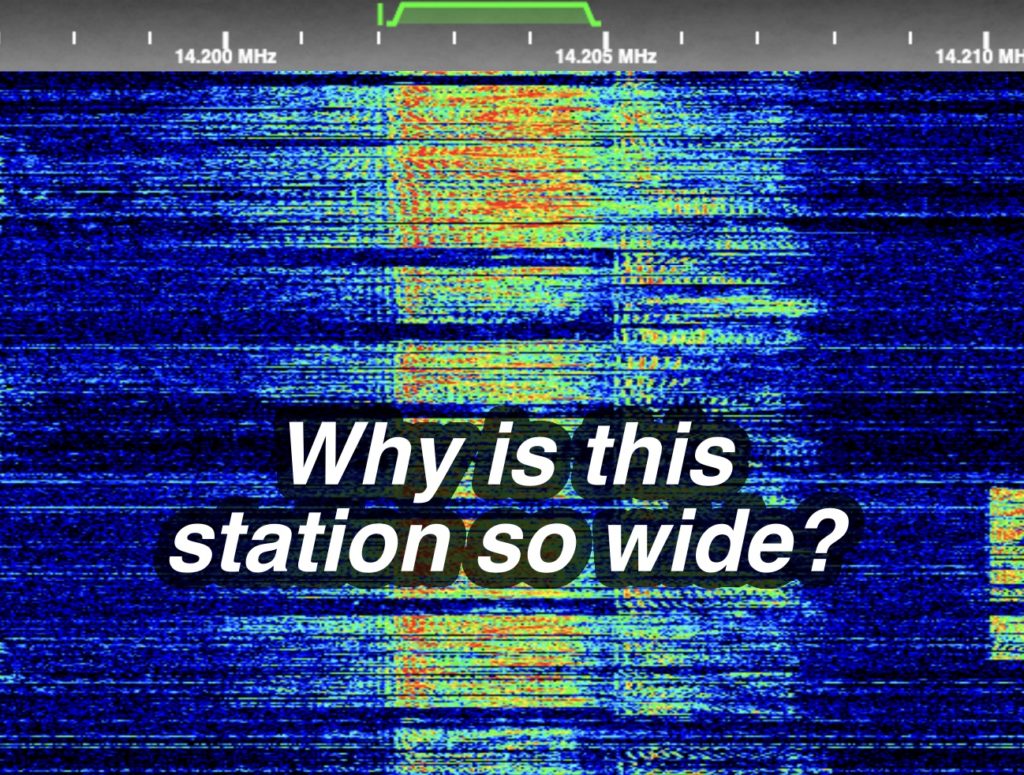 This month’s presentation will be from Neil Abraham, VK5KA, on the topic of transmitter quality measurements. Neil will cover practical methods of testing and optimising your transmit system, from the audio going into it, to the radio signals coming out of it. If you want to be sure your on-air signal is clean as a whistle, this is a talk not to be missed!

The presentation will also be live-streamed on Hayden VK7HH’s HamRadioDX Youtube Channel. More details will be provided closer to the meeting.

Doors open at 7.15pm and the presentation kicks off at 7.45. Everyone is welcome to attend. If you’ve never come along to one of our meetings, we’d love to see you there, all guests are welcome. For our remote members, the meeting will be broadcast via Zoom!

After the talks we’ll all be given an opportunity to have an eyeball QSO among ourselves whilst enjoying a tea or coffee and a biscuit.

The next AREG meeting is this coming Friday, January the 20th at the Fulham Community Centre – Phelps Court, Fulham.

The presentations this month will be a series of ‘Lighting Talks’ (5 minutes hard limit!) from club members, about what projects they have been doing over the holiday break. This could be anything from a (short) presentation on a technical topic, to a live video demonstration of a project they have been building!

Doors open at 7.15pm and the presentation kicks off at 7.45. Everyone is welcome to attend. If you’ve never come along to one of our meetings, we’d love to see you there, all guests are welcome. For our remote members, the meeting will be broadcast via Zoom!

After the talks we’ll all be given an opportunity to have an eyeball QSO among ourselves whilst enjoying a tea or coffee and a biscuit.

AREG regrets to advise that due to several key organising members being unavailable, this month’s fox hunt (usually held on the second Friday night of the month) will not be going ahead.

Stay tuned for details regarding our February hunt, to be posted here soon.

UPDATE: Thanks to all that helped out with this launch! 30 stations helped receive the Horus Binary telemetry, and 7 received the Wenet imagery. A writeup of this flight will be finalised in due course.

The AREG’s High-Altitude Ballooning sub-group, Project Horus, is planning their next launch for Sunday the 15th of January, with a planned launch time of 10 AM ACDT.

This launch will most likely be performed from the Auburn Community Oval, with the launch team arriving on site from around 9:15 AM. Spectators are welcome!

This launch aims to flight-test some experimental payloads which will be utilised in the upcoming Southern Hemisphere Space Studies Program. Further information on this program is available at the end of this article. 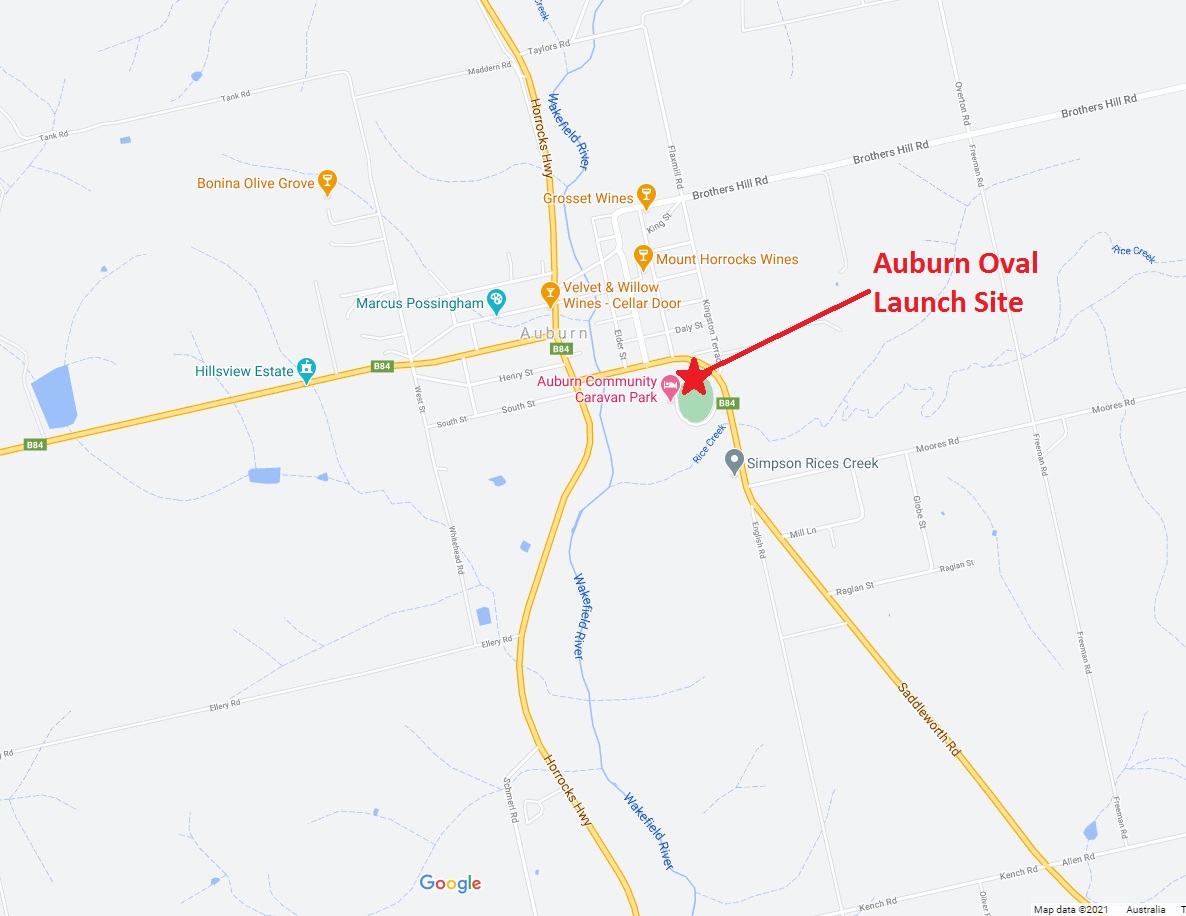 Tracking of the flight will be via the SondeHub-Amateur tracker, available by clicking this link. There will also be live imagery transmitted throughout the flight (refer further below for decoding details), available here.

A live data dashboard showing telemetry from the various payloads will be available during the flight at this link. 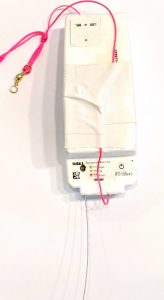 The primary tracking telemetry will be transmitted on 434.200 MHz using the Horus Binary 4FSK data mode. Amateurs in the Adelaide and Central SA region are also encouraged to get involved with the flight through receiving and uploading flight telemetry from our 70cm band tracking beacons. Every piece of telemetry data is valuable to the flight tracking and recovery teams so if you can help join the distributed receiver network to collect that data you will be making an important contribution to the project!

If you try receiving the telemetry from this flight, you’ll need a SSB-capable 70cm receiver (or a SDR), and the Horus-GUI telemetry decoder software. A brief guide on setting this up is available here: https://github.com/projecthorus/horusdemodlib/wiki/1.1-Horus-GUI-Reception-Guide-(Windows-Linux-OSX)

Listeners that already have Horus-GUI installed are encouraged to update to the latest version, which is available at this link.

Note that you will need to use a USB ‘dial’ frequency of 434.199 MHz for the 4FSK signal to be centred in your receiver passband and hence be decodable.

An experimental radiation sensor payload, using a Geiger-Muller Tube, will also be launched on this flight. This will be transmitting on 434.210 MHz, also using the Horus Binary 4FSK  data mode. The aim of this payload is to investigate the variation in radiation exposure throughout the flight.

This telemetry can be decoded using the same Horus-GUI software as the primary telemetry. Note that you will need to use a USB ‘dial’ frequency of 434.209 MHz for the 4FSK signal to be centred in your receiver passband and hence be decodable.

Imagery on this flight will be transmitted via the Wenet downlink system, which uses 115kbit/s Frequency-Shift-Keying to send HD snapshots. Reception of the Wenet imagery requires a Linux computer, a RTLSDR, and a 70cm antenna with some gain (a 5-element Yagi is usually enough).

This flight will be testing a downward-facing camera with a 780nm long-pass Infra-Red filter, which will highlight areas of healthy vegetation. 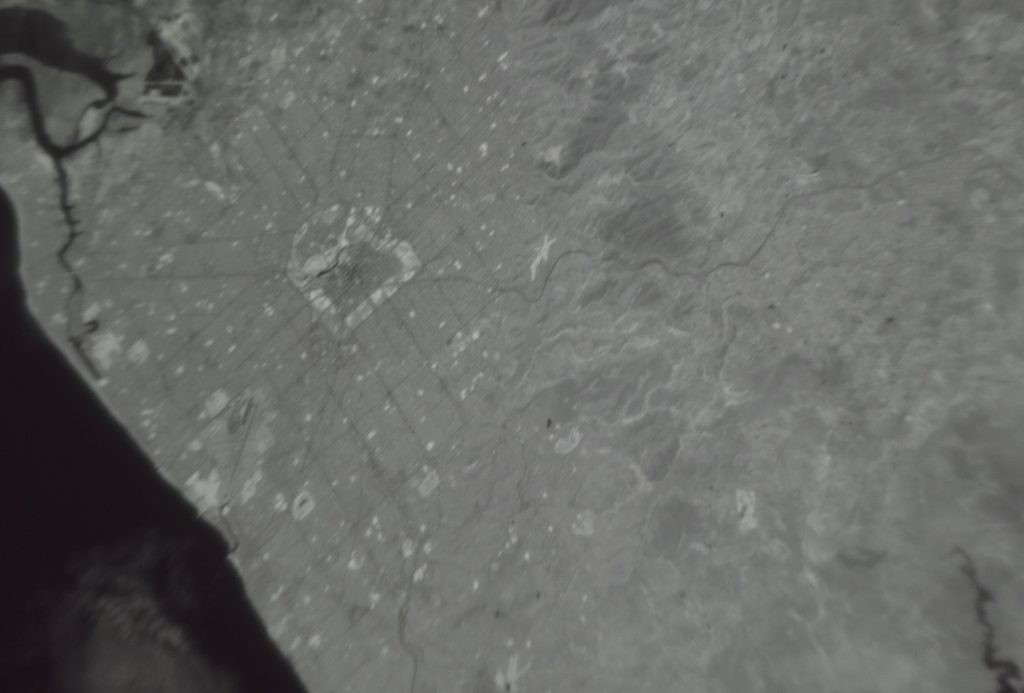 A guide on how to get set up to receive the Wenet signal is available here: https://github.com/projecthorus/wenet/wiki/Wenet-RX-Instructions-(Linux-using-Docker)

Please note the transmit frequency of 441.2 MHz, which may require listeners to re-configure their Wenet setup. Listeners who are already setup to receive Wenet should consider updating their decoding software to the latest version (December 2022), with update instructions available here.

During the flight, the live imagery will be available at this link: http://ssdv.habhub.org/

As a late addition, there will be a second imagery payload running on 443.500 MHz. This is a re-flight of our usual imagery payload, with the cameras pointing towards the horizon. Hopefully we can capture some images of the Riverland from this payload.

If you have the capability of running 2 receivers, please consider receiving this payload as well, but please prioritise receiving the payload on 441.200 MHz.

AREG is pleased to once again be involved with the International Space University’s Southern Hemisphere Space Studies Program hosted by the University of South Australia. AREG members will be running a High-Altitude Balloon project as part of this course, culminating in a High-Altitude Balloon launch, currently planned for the 28th of January 2023 from the Auburn area.

This launch will be flying multiple payloads, including:

Given the many payloads on this flight we would greatly appreciate the assistance of the local amateur radio community in receiving telemetry! In particular, the more Wenet receiver stations we have running the higher the chance of downlinking complete images from the two imagery payloads.

The WIA Australian VHF/UHF Field day will be held this coming weekend. AREG will be setting up portable from the ranges to the west of Tarlee. We will be operating on 50/144/432 and 1296MHz in the 24hr section of the contest! Look out for VL5X on the air on both horizontal and vertical polarisation using both SSB and FM modes (and maybe even some CW) across the bands. VL5X will be a multi-op station.

If there are other AREG members who want to join the contest team for the weekend please contact vk5arg at areg.org.au on email to let us know of your interest!

See you on the air!

AREG in conjunction with Hayden VK7HH and the HamRadioDX YouTube channel are pleased to bring to you a presentation by Adam VK2YK / VK5GA on how to get started with Amateur Radio Satellites.

AREG Members can meet Adam in person at our main meeting venue, Fulham Community Centre, in Adelaide. Remote members can interact with the meeting via Zoom. Non members will be able to watch the session via HamRadioDX on Youtube.

The presentation starts at: 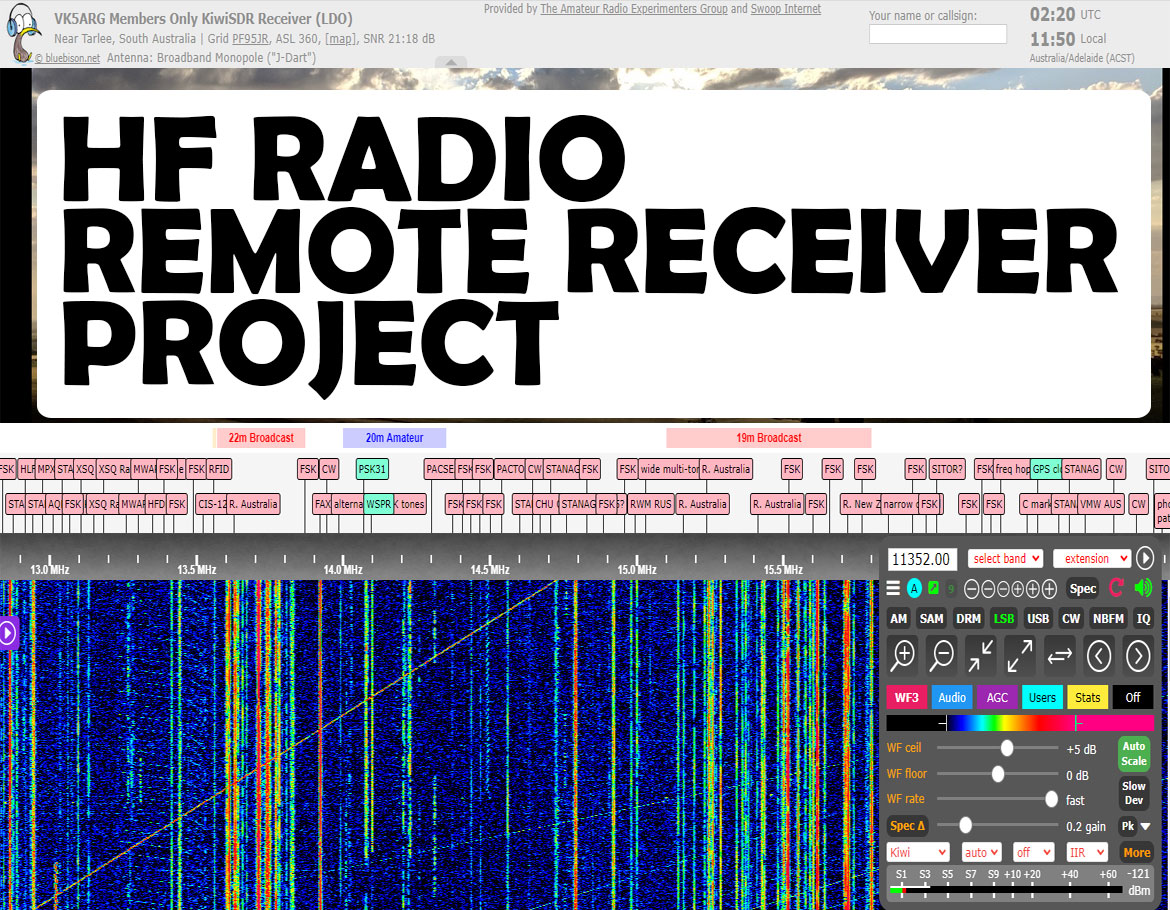 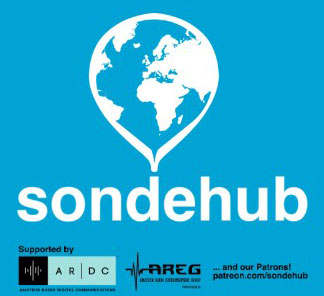 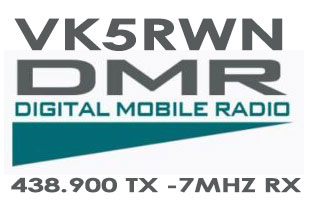 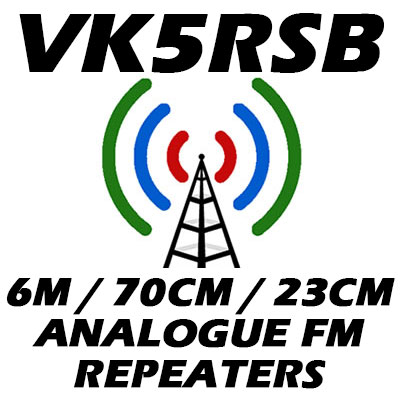 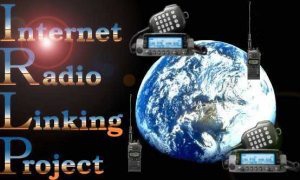 With thanks to the HamRadioDX channel