Encourage experimentation and technical development amongst club members in the area of high-altitude balloon payload development. 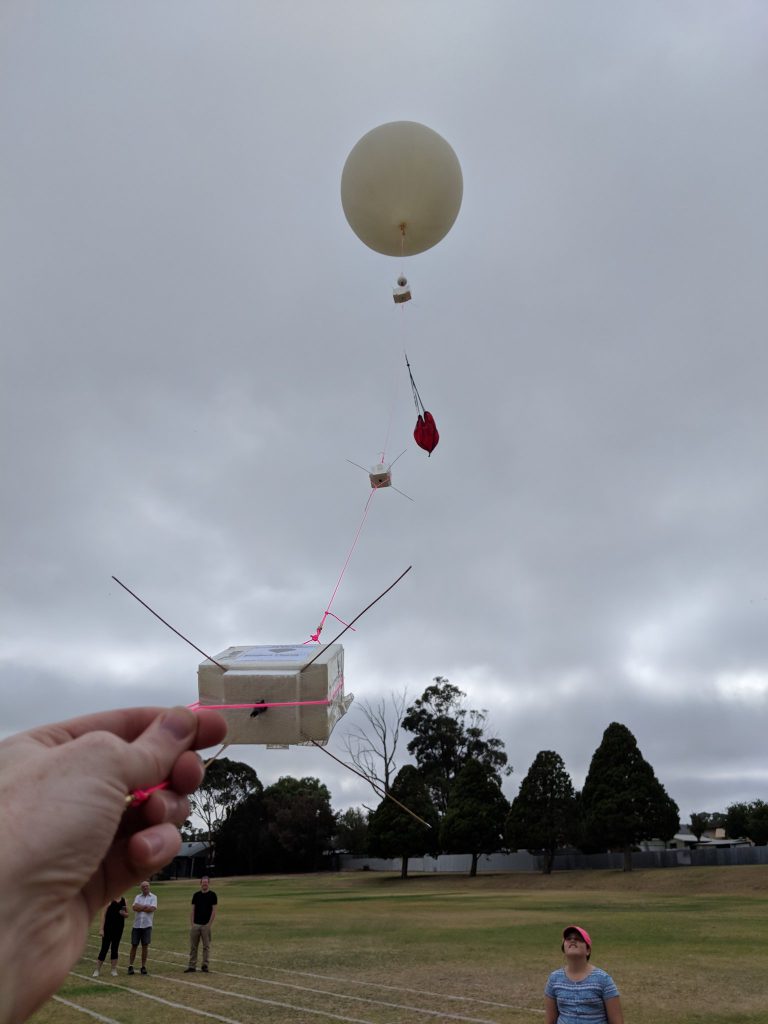 Various small payloads, about to be launched into the stratosphere!

Do you have a payload idea you would like launched under a high-altitude balloon? Now’s your chance! This program gives you the opportunity to build and launch your payload idea, with support from the Project Horus sub-committee.

Your payload will be launched along with the standard Horus tracking and cutdown payloads up to an altitude between 20 and 30 km. As it rises through the atmosphere, it will experience temperatures as low as -80 degrees C, and near-vacuum pressures. After the balloon bursts, your payload will descend back down to the ground, to (hopefully) be recovered by yourself and the experienced Project Horus chase teams.

How does it work?

Any queries should be directed to either the AREG mailing list (preferred, as other club members can see what’s happening), or to Mark VK5QI (vk5qi (at) rfhead.net).

This program is open to current (financial) AREG members only.

Your payload should be in the spirit of the amateur radio hobby. That is, experimentation and self-learning in the field of communications (radio and otherwise). We’ve done enough soft-toy launches 🙂

Payloads must fall into one of three weight categories:

Please keep your payload as light as possible!

The lighter your payload, the more experiments we can fit on a single launch, and the higher the altitude the launch can achieve! Payloads in the ‘Heavy’ category will require their own launch, and will only be considered for launch in special circumstances.

Encouraged! (This is an amateur radio activity after all!)

Transmit / Receive frequencies will need to be coordinated to avoid conflict with the main telemetry downlink and cutdown payload frequencies.

The following frequencies should be avoided:

If you are intending to transmit your own telemetry, carefully consider how this will be received on the ground, and by who. Consider using bands we don’t use often (6m? 2m? 23cm?), and try and avoid long trailing wires.

Your payload must not:

Your payload will be hitting the ground at around 5-7m/s. This is equivalent to the payload being dropped from a height of ~1.5m to the ground. If you’re not willing to drop your payload from this height, don’t launch it! 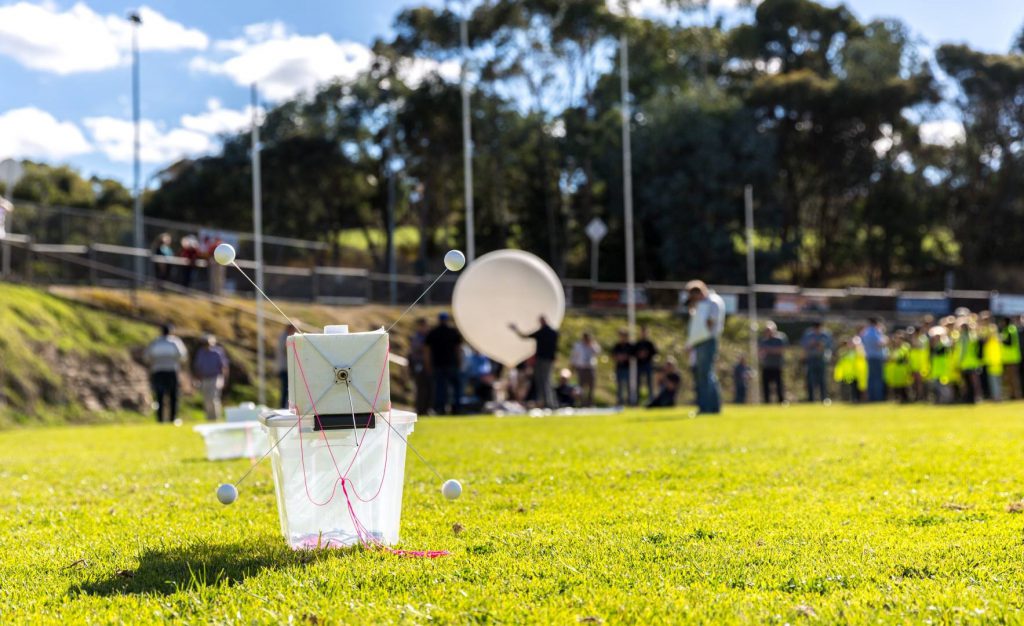 Styrofoam is your friend! All of the Horus payload have been built from styrofoam sheeting (available at Clark Rubber, amongst other places), and is a lightweight way of building a payload container that also provides shock absorption and thermal insulation.

We recommend the use of Energizer Lithium AA / AAA / 9V batteries, using a Lithium/Iron-Disulphide chemistry. These have been proven to perform in the freezing temperatures encountered on high-altitude balloon flights. You may use other battery chemistries, though this is entirely at your own risk!

We’ve been doing high-altitude balloon launches for about 8 years now, have an excellent recovery track record, and will do whatever we can (including delaying a launch) to make the flight a successful one. However, there is always a chance of something going wrong, and your payload ending up in the drink, in an inaccessible location, or interstate.

We take no responsibility if your payload is lost!