For the past 4 years, AREG has been involved in the International Space University’s Southern Hemisphere Space Studies Program (SHSSP) through the launching of High-Altitude balloons – this year was no exception! The Stratospheric Balloon component of the SHSSP allows participants to get hands-on experience in planning and conducting a high-altitude balloon launch. Previous years flights have seen the launch of camera payloads, various sensors, and lots of mission patches!

This year, participants were split into three teams – Earth Observation, Sensor Payload, and Mission Planning. Their roles were as follows:

All of the preparation activities occurred over workshops in the week prior to launch, guided by the team leads. By the Thursday before the launch the mission planning team had decided on a flight profile targeting a burst altitude of 36km. The sensor payload was completed and tested the night before launch.

The following payloads were launched on this flight:

This year saw the use of a new launch site at Taylors Winery, just outside of Auburn in the southern Clare Valley region. While being further away from Adelaide, this site offers advantages in that we have much greater flexibility in what flight profiles we can fly, unlike the Mt Barker launch site where we can essentially only launch to the east. As this area is within RAAF Edinburgh restricted airspace, a new agreement with CASA had to be obtained, requiring us to coordinate our activities with the Edinburgh Tower (453 Squadron). Thankfully there was very little activity in the area on our launch day, and launch approval was granted with no issues. 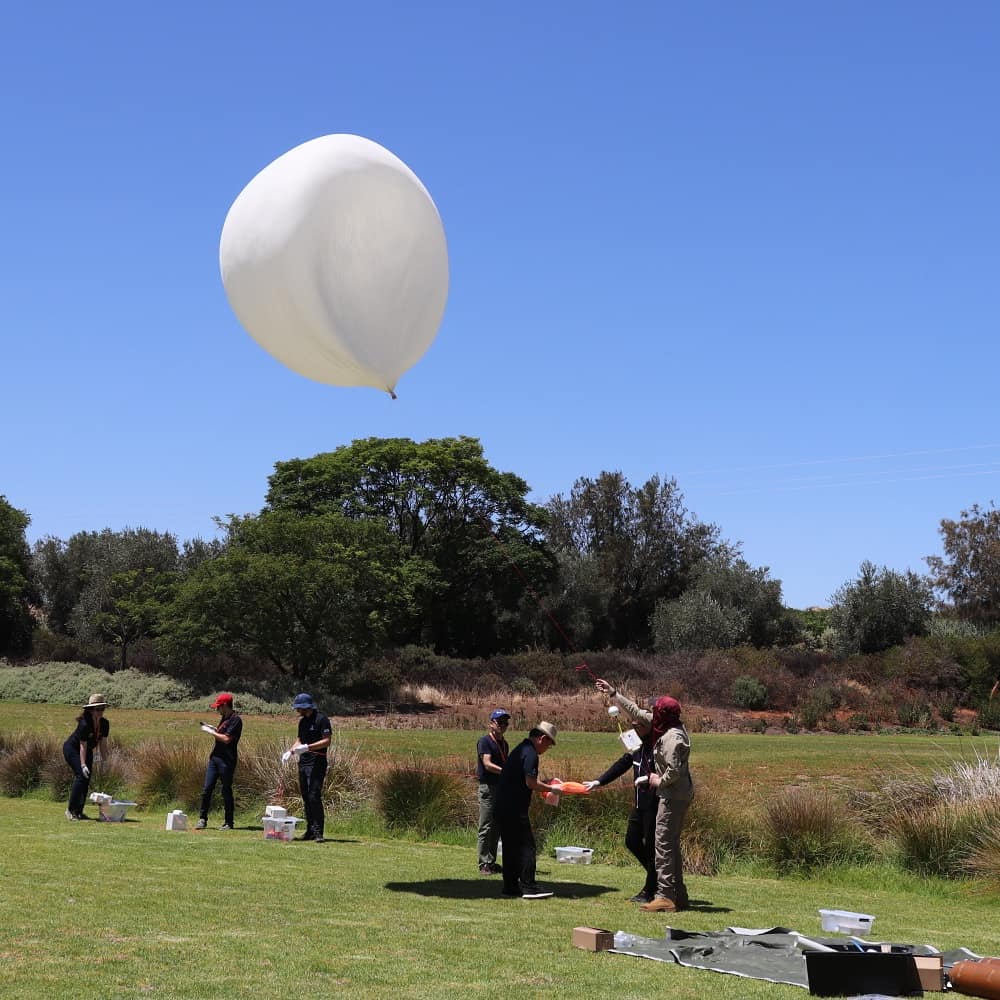 Getting ready to launch…

The AREG and SHSSP teams started to assemble at the launch site around 10:30AM, well ahead of the planned launch time of 12:45AM. The weather was perfect – a nice sunny day, not too hot, and with only light winds.

A few payload issues were encountered in the lead-up to launch:

Ground winds did increase somewhat just prior to launch, but not enough to cause issues, and the balloon and payloads were released slightly after the planned launch time, at 12:53 AM.

The balloon and payloads ascended to a higher-than-expected altitude of 37936 metres before bursting and landing to the east of Tarlee.

Thanks to all those who assisted with the launch, in particular the SHSSP mission planning team who did a great job with balloon wrangling!

Once again the Wenet payload (at least, the one that was working!) showed its worth by capturing some amazing images throughout the flight:

A big thanks to those running receive stations for the Wenet imagery! If you would like to set up a receive station for the next launch, information on how to set up using a RTLSDR and a Linux computer is available here.

To ensure we would have good reception of the imagery downlink, Peter VK5KX and Matt VK5ZM set up in Peter’s bus at a high spot to the west of Tarlee, with a high gain tracking antenna. Peter and Matt were able to receive telemetry from just after release, all the way down to landing. 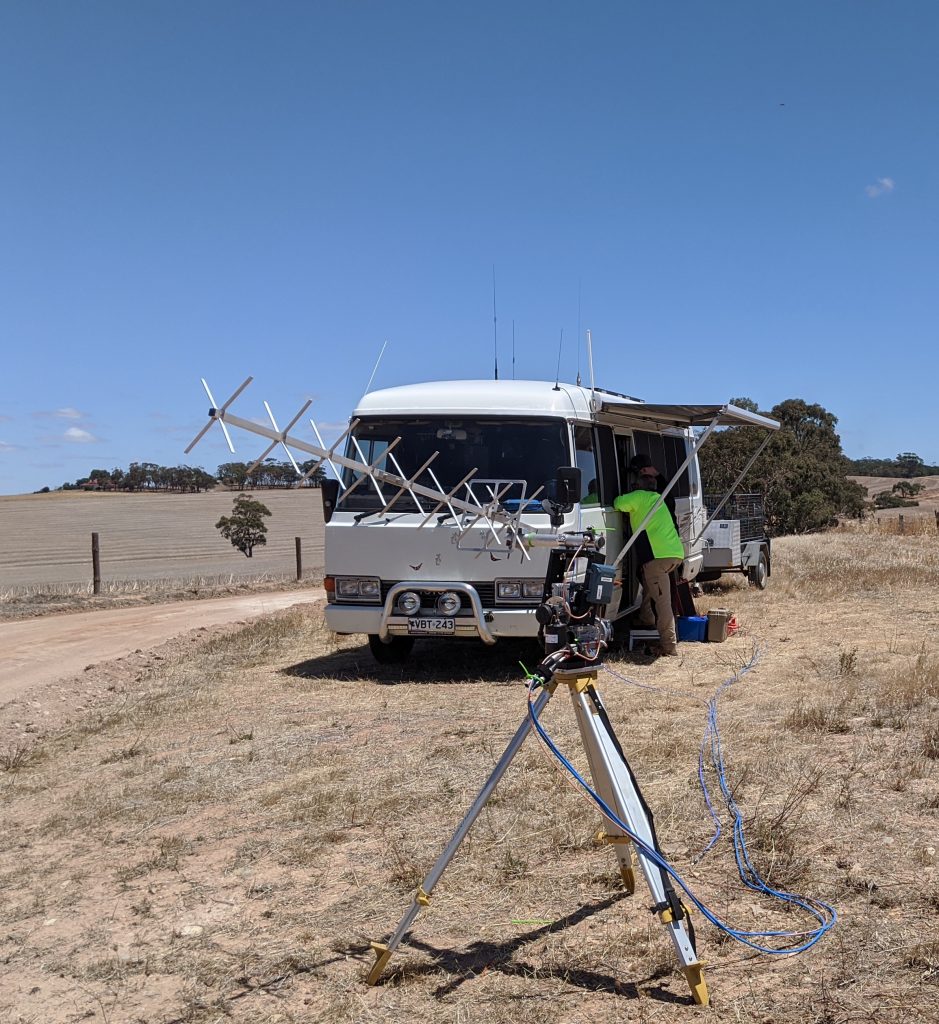 This flight had the most chase teams we’ve seen in a while, and it was great to see a few new faces out on the hunt. The teams consisted of:

Most of the chase teams were at the launch site, and set off shortly after launch, with the exception of Steve VK5ST, who travelled up from the Barossa region. Derek and Liam’s teams headed out into the field to test out their chase car software and equipment, while Mark and Andy’s teams dropped in to see Peter & Matt at the bus while they waited for the balloon to burst.

As all of the chase teams were running the same software and using the same flight data, they naturally converged on the predicted landing area, where they were able to watch the payloads descend the last few hundred metres to a soft landing in a recently cut  paddock. Recovery followed shortly thereafter, with all payloads in good condition.

We had a good showing of telemetry receivers this flight, with the usual suspects, along with a few new callsigns – including some from interstate! Thanks to all listeners who upload telemetry – your contributions ensure we have live tracking for all those following the flight online. 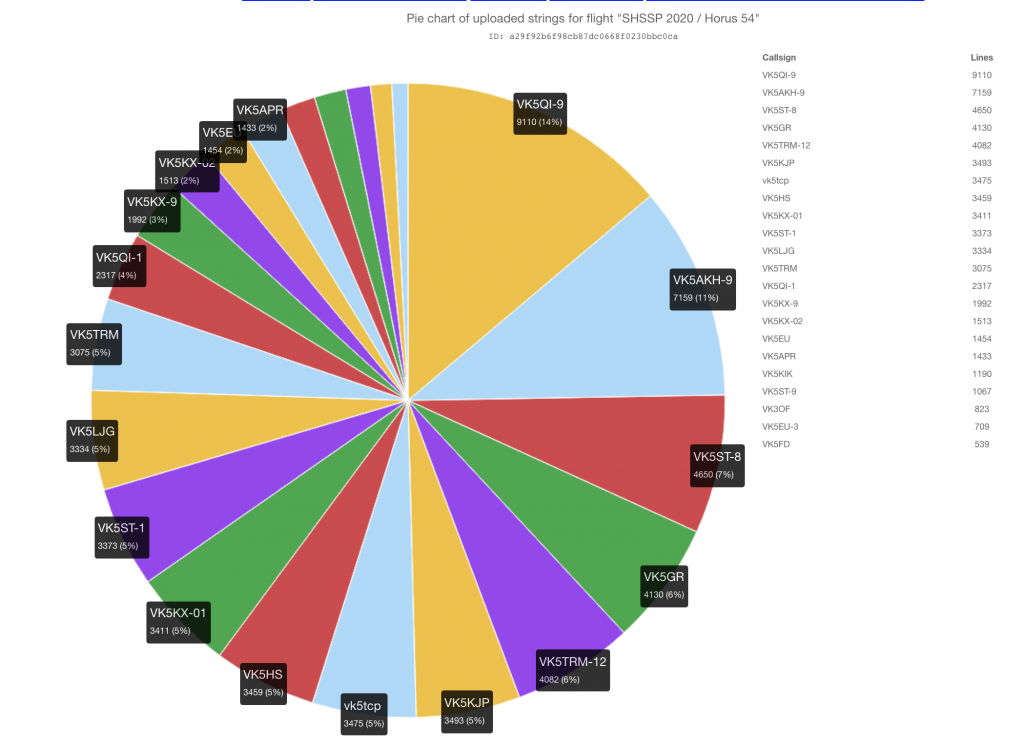 As the Horus Binary payload has been performing so well, we are hoping to retire the RTTY payload sometime this year. To assist with this, we will be launching a few small Horus Binary-only flights so that listeners can test out their tracking systems. Information on how to decode the new telemetry is available here.

Even with the payload failures this flight is still definitely considered to be a success! The SHSSP participants enjoyed the experience, and were able to obtain the necessary data for their post-processing activities.

2019 was a bit of a slow year for Project Horus, with only 2 launches. We are always looking for new payloads to launch, so if you have an idea, consider submitting it for the member payload launch program!