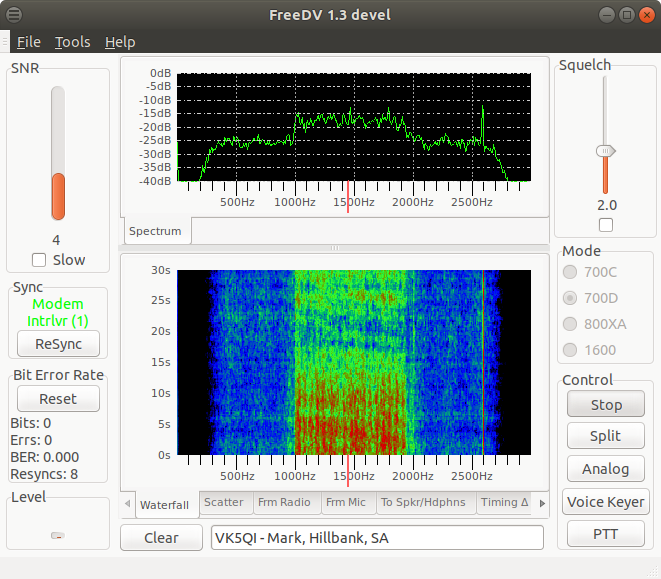 Many amateurs are experimenting with various digital voice modes, such as Yaesu System Fusion C4FM, D-STAR and DMR etc, mostly on the VHF and UHF bands. Did you know, however that there is also a digital voice mode for HF radio operation that was specifically designed by amateur radio experimenters?

FreeDV, based on a fully open source codec known as Codec2, has been created by David Rowe VK5DGR in collaboration with a team spread across the globe.

FreeDV is enabling amateur radio enthusiasts to experiment with new open source digital based voice transmission techniques on the High Frequency (HF) bands.  While text based HF digital modes are common, FreeDV is the first new VOICE mode for HF since SSB was introduced in the 1950s and 60s.

Over the past 18 months or more, David and his team have been busy working to improve the lower bit rate versions of FreeDV. The original system, released as FreeDV 1600, was based on a 1600bits/sec data stream, but was a few dB off being equal with SSB. Now, David is pleased to announce that the new FreeDV 700D mode is ready for wider trials.This new version uses a 700 bit/s speech voice codec, powerful forward error correction, and a new modem to send digital speech over HF radios.

What is really exciting however is that testing of FreeDV 700D has demonstrated that it is outperforming SSB on poor channels! Here is a demo of SSB, followed by FreeDV 700D, on a poor quality 3,200 km path between Adelaide and the Bay of Islands, in New Zealand.

Where can I get it?

You can run FreeDV using any PC set up for digital modes, using the FreeDV 1.3 GUI program, which you can download from freedv.org.

Where can I find FreeDV activity?

Australian FreeDV activity is typically on 7.177 and 14.236 MHz. You can also coordinate FreeDV QSOs using the FreeDV QSO finder at qso.freedv.org

So why not try the new FreeDV 700D mode, and join us in experimenting with it on the HF bands! 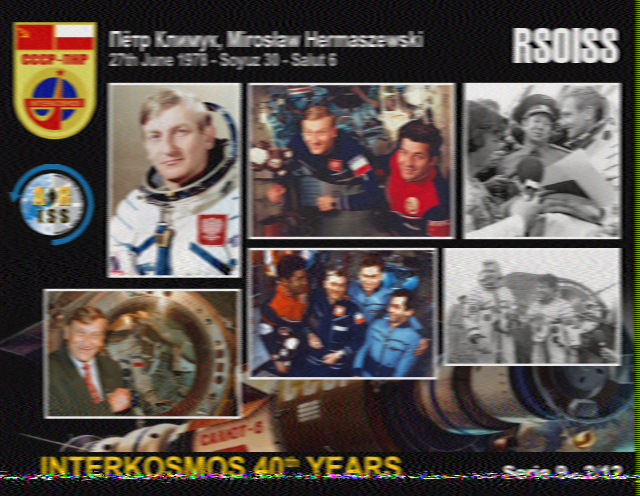 AREG members across VK5 have been enjoying the latest series of SSTV broadcasts from the International Space Station this week coming from RS0ISS. The following from the AMSAT UK website tells more:

Supporting this event is a computer on the ISS Russian Segment, which stores images that are then transmitted to Earth using amateur radio, specifically the onboard Kenwood TM-D710E transceiver.

Transmitted images will be from the Interkosmos project period of the Soviet space program https://en.wikipedia.org/wiki/Interkosmos

The transmissions which were coordinated with the ARISS scheduling team, will be made on 145.800 MHz FM using the PD-120 SSTV mode.

The pictures here were captured by Theo VK5MTM, Graham VK5EU and Mark VK5QI in Adelaide on the 144MHz band using FM receivers. Mark VK5QI, and I have recently documented the set up and use of a receiver for LilacSat-1.

This cubesat has a 2m FM uplink and a 70cm digital down-link that uses a custom modem and Codec 2.

Our documentation is targeted at anyone with a laptop running Ubuntu 16.04 (though other versions may work too), a RTLSDR, LNA, UHF antenna, an Internet connection, and a few hours of time.  We have written several scripts that help install and build all of the software you need – in particular GNU Radio.

You can find everything you need here.  LilacSat-1 will re-enter in August, so time is of the essence!

Being a member of a radio club has many advantages. Once of the not so obvious is when it comes time to engage in some mast construction. Grant VK5GR discovered just how helpful fellow club members were prepared to be today when over 10 members volunteered for the “Olympic Concrete Wheelbarrow Pouring Tryouts” at his QTH as the footings were finally poured for his new tilt over tower.

Having had the hole dug with an auger the day before, assistance came from many directions within the club, from a member welding up additional leveling steel-work for the base to the concrete laying relay team and the concrete finishing team who helped put the final touches on what in about 4 weeks will become a new HexBeam HF station.

Membership of the club put Grant in touch will all of these helpers. So why not give it some thought. There is more to being a member of your local radio club than just attending meetings and using the club repeater systems 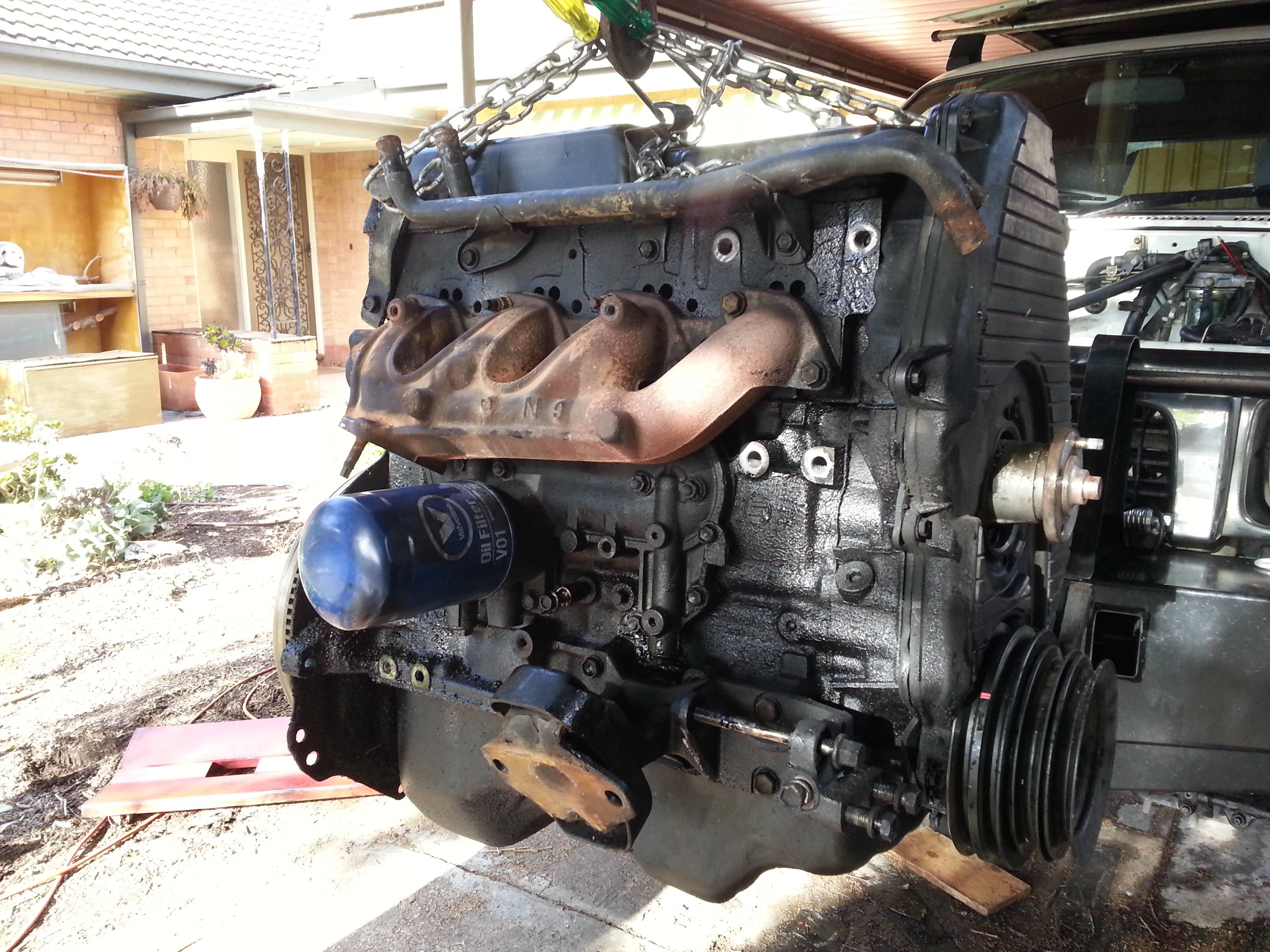 For those that listen on VK5RSB regularly they would have overheard that Matt VK5ZM has been rebuilding the engine in his Old Toyota Hilux.

Well Matthew has finally put a blog post together over on rfhead.net so interested Amateurs can find out why Matthew’s not been on drive time this past week.

With luck he’ll be out and about over the weekend driving about the place, keep an ear out on VK5RSB.

After a number of years of no packet radio

activity in Adelaide (except for APRS), Grant VK5GR, a member of the Amateur Radio Experimenters Group, has commissioned a new AX.25 Packet Radio / Internet gateway on the 2m band for everyone to access. The system, built on a Linux platform, will allow amateur radio operators across much of the Adelaide metropolitan area to connect to a range of amateur networking services. 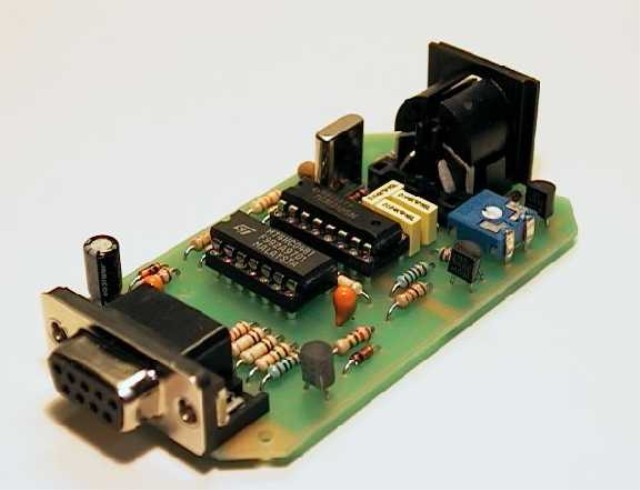 Note: It is rather experimental still so do not be surprised if it is offline at times or doesn’t quite work properly. There are some quirks in the system that are still being ironed out 🙂

There are also plans to open a 9600 baud port possibly on 70cm. More on this once Grant unpacks more of his ’90s equipment and blows the cobwebs out of it….

How do you get involved?

So, now is the time to dust off all your old Packet TNCs or BayCOM modems, plug them back into your 2m radio and have a go!

Software for driving TNCs and BayCOM equivalent modems is available online. TPK was one of the popular DOS based ones. There are Windows equivalents as well or you can just talk to your TNC (if thats what you are using) using any serial communications program.

There are also plans to get Net-44 routing

properly established as well once new TCP/IP addresses can be registered. This is for the slightly more hard core among you who are interested in learning about TCP/IP networking. You can find many resources online describing how to take part in the ampr.org network.

If you would like to know more about this system, contact Grant VK5GR or come to an AREG meeting and chat to him about it. A talk is being planned at a future meeting to explian a little more about what has gone into building the node and how to access and use it’s services as well.

Hi All   Just testing word press. looks good and easy to edit 🙂 Also been playing around with a receive from China with Rod. Its a Tecsun S2000 100kHz to 30MHz rx with FM broad cast band and aircraft … Continue reading →

It operates as Part of the Central SA Repeater Network