Thanks to all that received telemetry from these launches, and we hope to see you on the tracker again during future Project Horus launches!

The next launch will be this coming Sunday, the 23rd of Feb, also from Two Wells. Launch is expected to be around 10AM again. The payload will be a cut-down RS41 Radiosonde, and we will be launching as a ‘Small’ balloon (<= 50g payload).

After resolving some issues experienced on the first few flights, the Horus Binary payload has now proven itself to be well suited for high-altitude balloon tracking, with fast position updates and high robustness to weak signals and fading. It has considerable advantages over the ‘traditional’ RTTY payload in both reliability, reception range and speed. 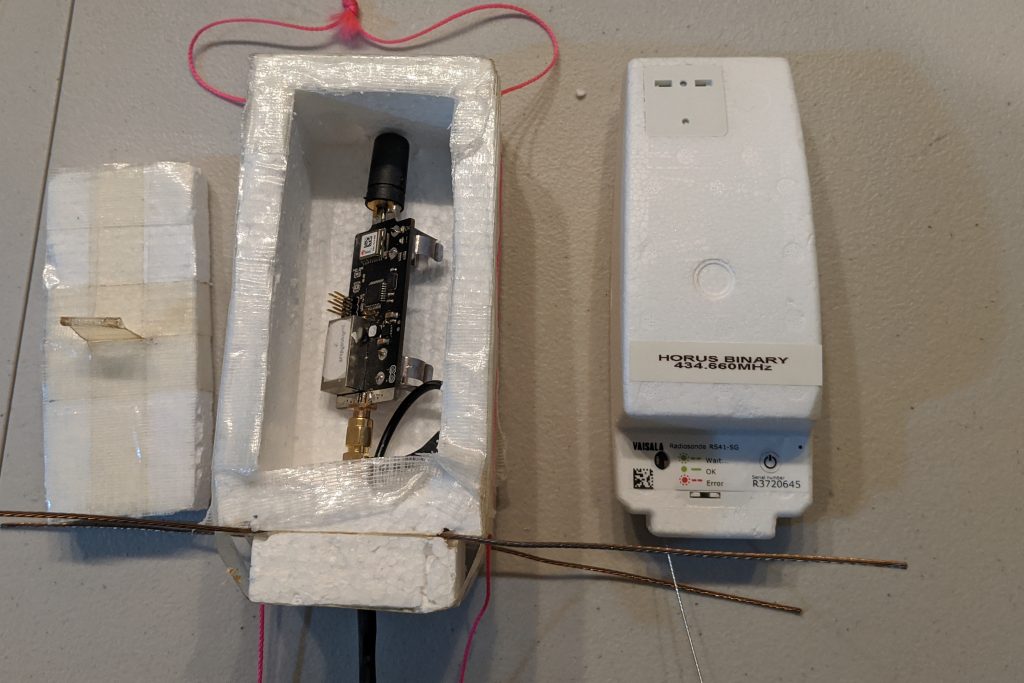 As such, it’s time we start to say goodbye to the RTTY tracking payload we’ve been flying for the last 54 flights. It may still make an appearance on a few more flights, but it is long overdue to be phased out, and the weight budget used for more interesting things!

To help regular listeners make the transition, and help new listeners get set up to receive this new telemetry, Project Horus will be performing a series of small (not-so) high-altitude balloon launches over the next few weekends. These launches will each fly a single Horus Binary transmitter, which consists of a reprogrammed Vaisala RS41 radiosonde. It is expected that each flight will remain in the air for approximately 2 hours, giving ample time to test receiving setups.

How can I get involved? 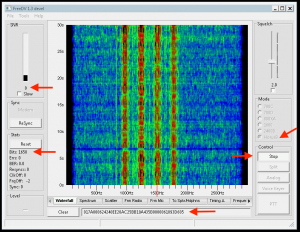 Getting setup to receive the Horus Binary telemetry is no harder than receiving RTTY – if you have a 70cm SSB receiver, or even a Software-Defined-Radio like a RTLSDR dongle, you can get involved and help contribute to the tracking of Project Horus balloon launches, and the success of our future flights. 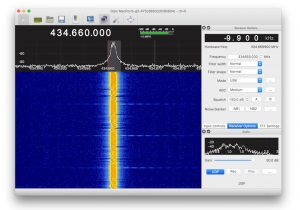 We have recently re-vamped the documentation for Horus Binary, and there are now reception guides available for both Windows, OSX and Linux available here: https://github.com/projecthorus/horusbinary/wiki#how-do-i-receive-it

Follow the linked instructions prior to the scheduled flights, then during the flight tune your SSB receiver to 434.660 MHz USB – our standard Horus Binary frequency. Listeners in the greater Adelaide region should be able to receive the signal from the payload shortly after launch, with those further afield following as the balloon and payload ascend to higher altitudes.

If you have issues with setting up the software, please contact Mark Jessop (VK5QI) at vk5qi (at) rfhead.net .

The following launch times are planned:

Tracking of the flights will be available on the HabHub Tracker, available at this link. (Note that other balloon launches will also be visible on this page, including the Bureau of Meteorology launches from Adelaide Airport).