Project Horus is having a very busy month! Next weekend, Saturday 3rd and Sunday 4th of December we are flying a balloon on each day for two separate groups.

AREG was approached recently by the Tea Tree Gully Council Library to undertake a rather unique balloon flight. Their mascot, “Anstey the Echidna” wanted to go into space, having already been around the world to France, Italy, Ireland, Japan and New Zealand. Of course the Project Horus crew was happy to oblige!

We are hoping to not only record the film of Anstey’s journey on a GoPro camera, but the images from the flight are also going to hopefully be beamed down to earth live over the new ‘Wenet’ SSDV system that the project team is developing. Amateur Radio operators will be able to help out with the flight through telemetry collection from across SE Australia. 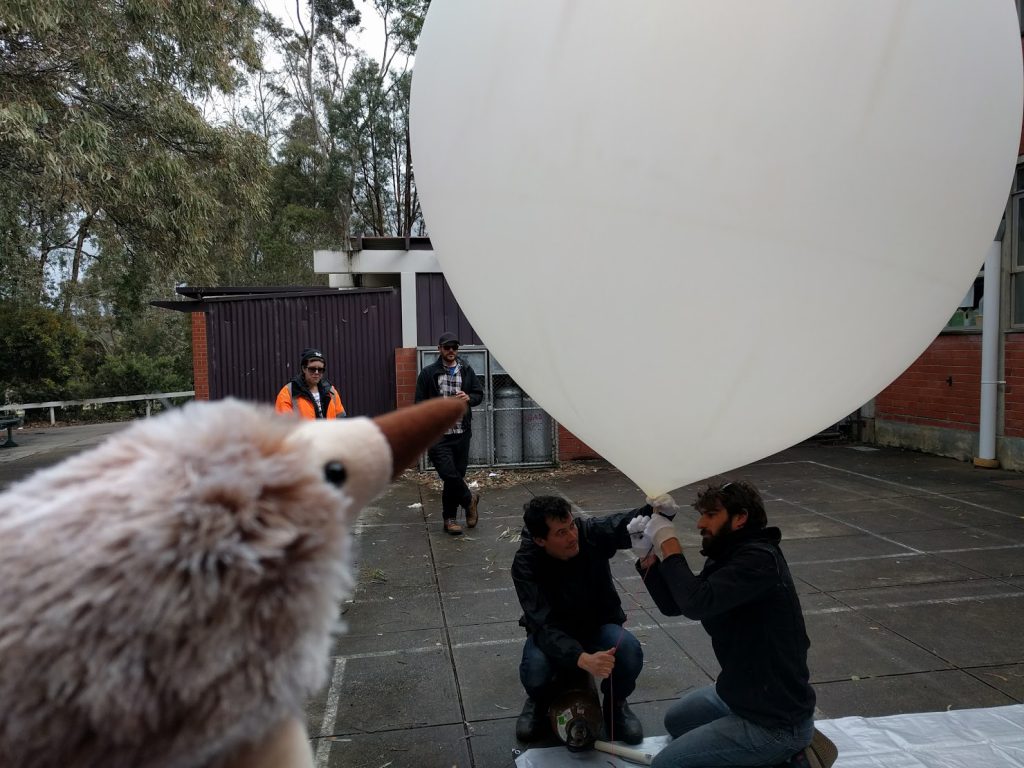 Anstey checking out the previous flight, learning how it is done!

Liftoff is planned for 11:00am ACDT – 3rd December from a location near Mylor in the Adelaide Hills. The payloads will be:

Anstey’s flight path is predicted to take her at least 30km up into the stratosphere, and roughly 150km down range into the Murray Mallee. AREG and North East Radio Club members will be tracking the flight from a number of locations, and will have chase teams following Anstey on her journey. 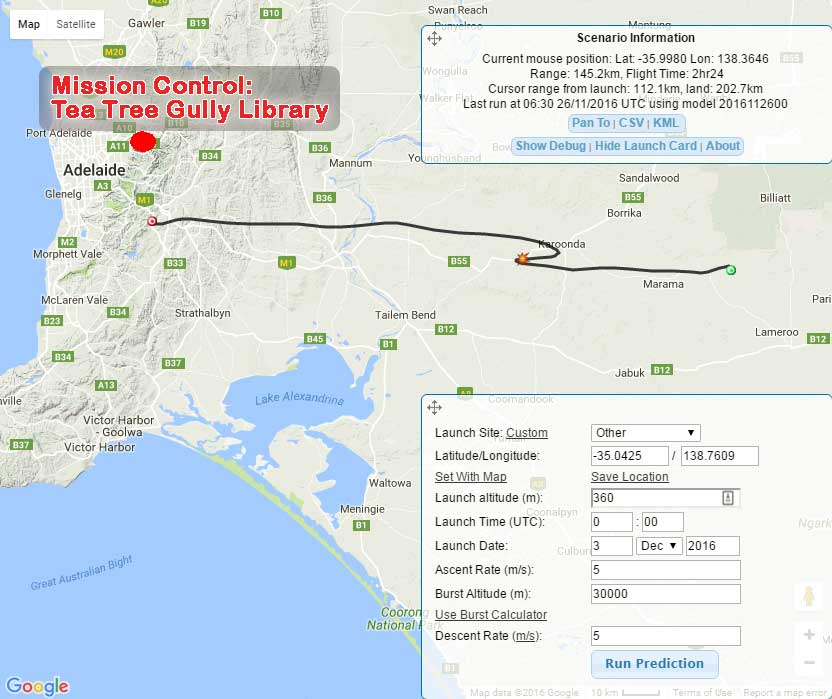 The second flight of the weekend will take place on Sunday 4th December. This is a flight for LaunchBox for one of the Schools here in Adelaide. Once again student science experiments will be flown, hopefully inspiring more young people to take up a career in science.

Liftoff is planned for 10AM ACDT from Mt Barker High School. The payloads will be:

How can you get involved?

The Horus telemetry system is based on a “distributed listener” principle with multiple receivers listening for the same frames, increasing the chance of picking them up correctly. Amateur Radio operators across SE Australia

are encouraged to set up their 70cm receivers and tune to the 100 baud RTTY telemetry frequency of 434.650MHz.

The more people we have collecting telemetry data and forwarding it to the internet, the greater the chance of us recovering the payloads!

Instructions of what software to download and use to decode the telemetry and forward it to the Internet can be obtained from the habhub,org website. 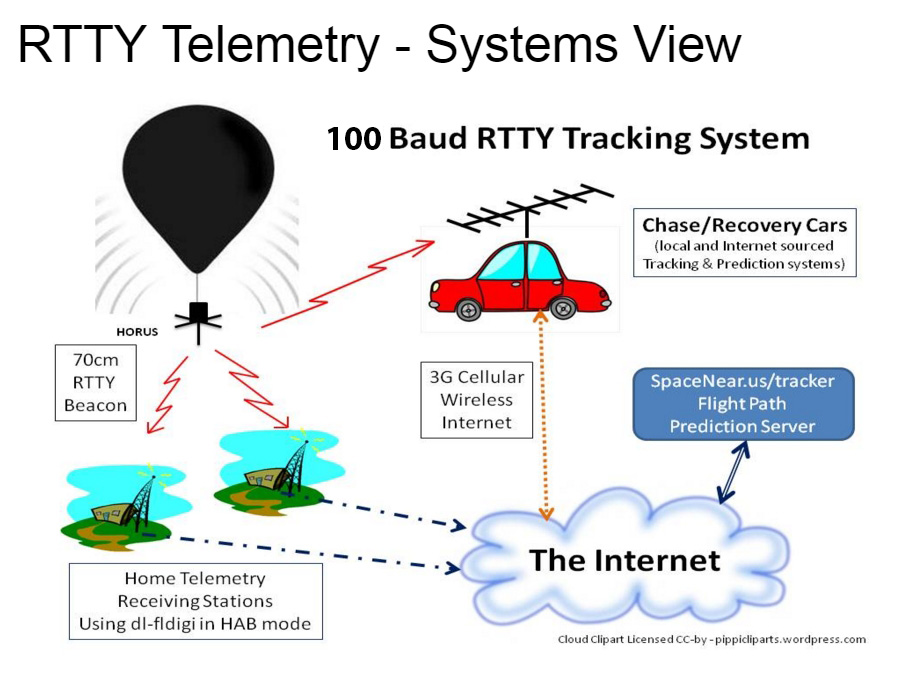