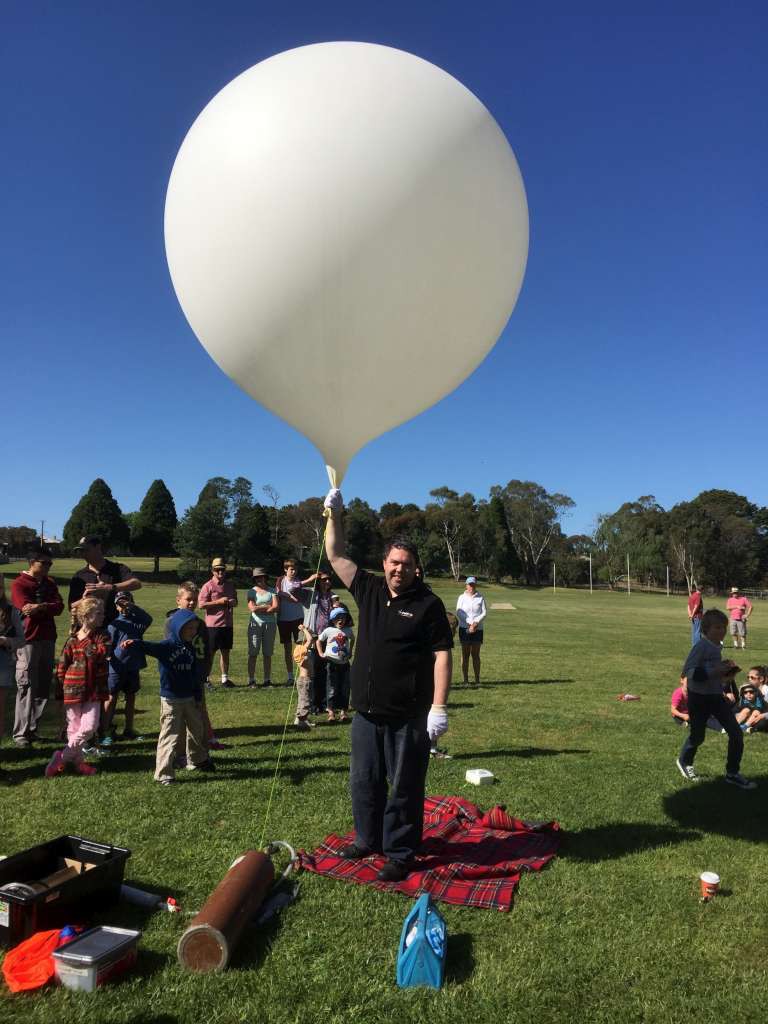 This weekend was the first Project Horus activity for this year, when we teamed up again with LaunchBox to put a School payload aloft. The students designed a number of experiments and flew them in a payload chassis supplied/organised by LaunchBox. Project Horus then provided tracking telemetry payloads and recovery teams and vehicles plus flight engineering services to the LaunchBox team to enable them to get the student payloads aloft.

The large turnout of students on a Sunday morning showed that there is still plenty of curiosity and interest in science in schools which is great to see! This was especially so considering the types of questions the AREG team was fielding, which bodes well for science education.

Filling and launching went without a hitch, and the changes to the regulator and filling system that allowed the balloon to be filled in under 5 minutes was a welcome improvement! Thanks Dennis VK5FDEN for helping out with this.

The flight was planned so that recovery would be relatively painless, with the target area being somewhere in the vicinity of Palmer in the Adelaide Hills. This level of control is only possible because of the flight tele-command capability that the team has devised, and plays a big part in the success of these flights for groups like LaunchBox.

Another major piece of the puzzle was the tracking network. The primary telemetry this flight was based on a 100 Baud 7N2 RTTY signal on 434.450, with a backup trial system using LoRa modulation as an experiment. This telemetry, apart from being received in the tracking chase cars, is also collected by a large number of Amateur Radio ground stations across South Australia. These stations make a major contribution to the project through collecting and feeding the balloon telemetry into the Internet. This is then accessed from our chase vehicles over 3G/4G cellular links and adds to our own data. It is a great way of getting involved, even if you are not out in the field.

Michael VK5ZEA and Peter VK5KX posted the following pictures of their setups and what they saw at various stages throughout the flight.

To control the landing zone, the flight itself was terminated early using the Horus tele-command system. (Had we waited in this case for the balloon to burst, it is quite possible it may have landed much closer to heavily populated areas, something we do our utmost to avoid). The final flight statistics are therefore as follows:

Recovery went smoothly with both chase teams waiting patiently for landing approximately 1km from touch down. After locating the land-owners and obtaining permission to enter their farm, we were able to walk in about 600m and collect the payloads.

The main payload has several experiments including cameras, a weather station, and other interesting ideas contributed from students to answer questions like “what does happen to a marshmallow and popcorn when you place it in a freezing near vacuum?” 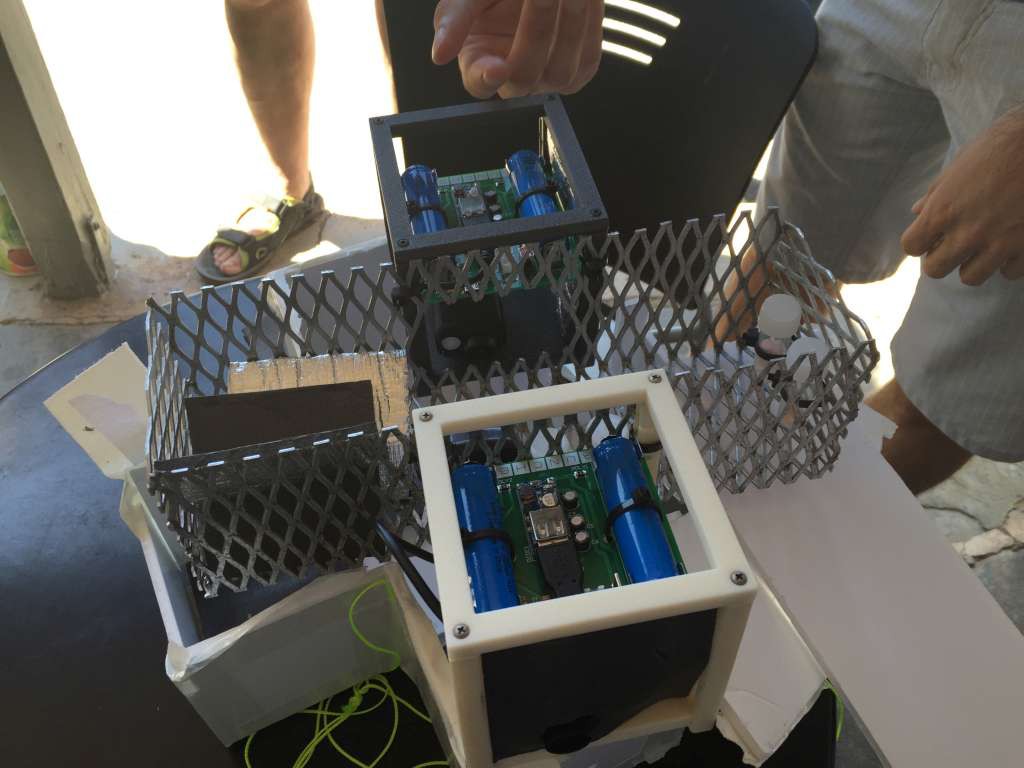 The day ended with the LaunchBox and AREG Project Horus chase teams meeting at the Palmer Hotel to hand over the payloads. A job well done everyone, and a great example of using Amateur Radio to further science education in this country! 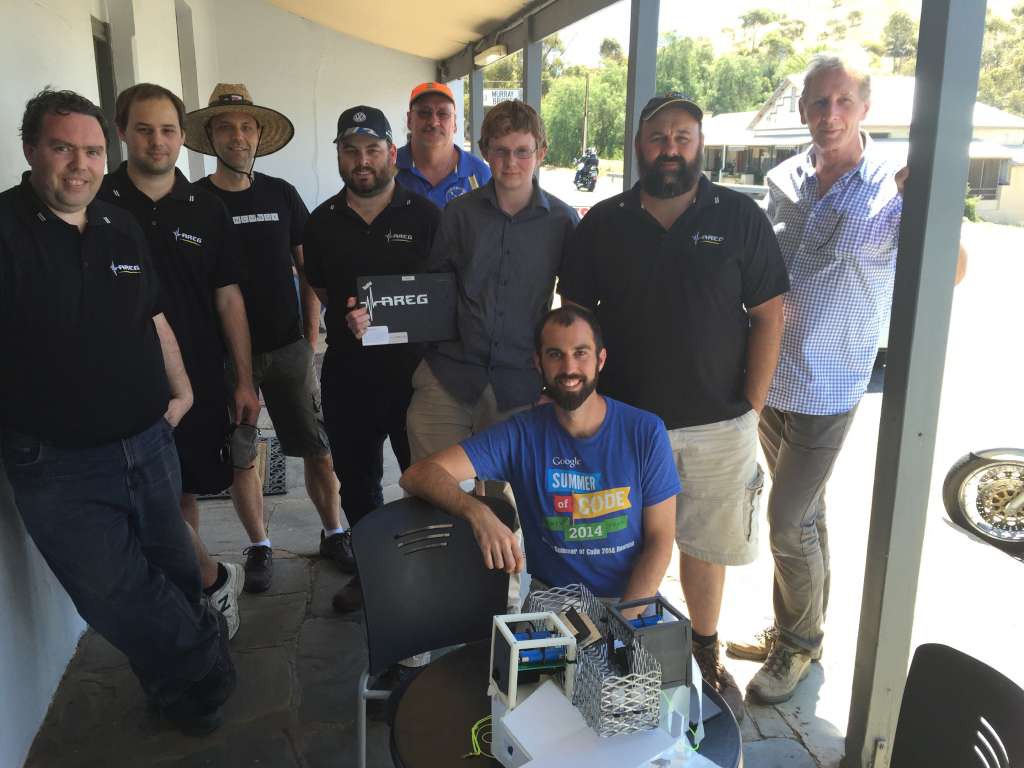 Again we must say a big thank you also to the HabHub.org community and the UK High Altitude Society who provide balloon tracking and telemetry collection services for projects such as ours across the world.

Stay tuned in the new year as well as there are many more exciting things potentially happening with Project Horus being considered for 2016!