On Saturday 15th Members of AREG participated in the International Lighthouse and Lightship Weekend event. AREG reserved the Marion Rocks Lighthouse – AU-0118 to operate as VK5ARG, while Peter VK5KX went over to Edithburgh on Yorke Peninsula and activated Troubridge Hill lighthouse. 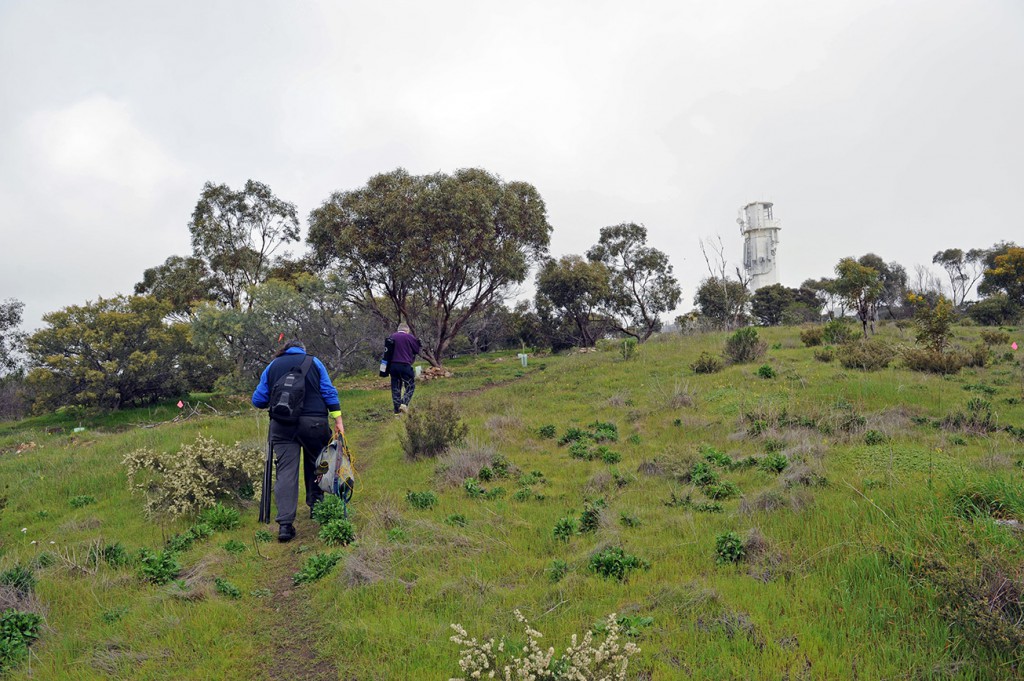 Bob, VK5FO and Ray, VK5RR arrived onsite at around 1pm in the cold and light rain. They took a walk from the carpark up to the Lighthouse in the Marino Conservation Park looking for a suitable place to set up the station. 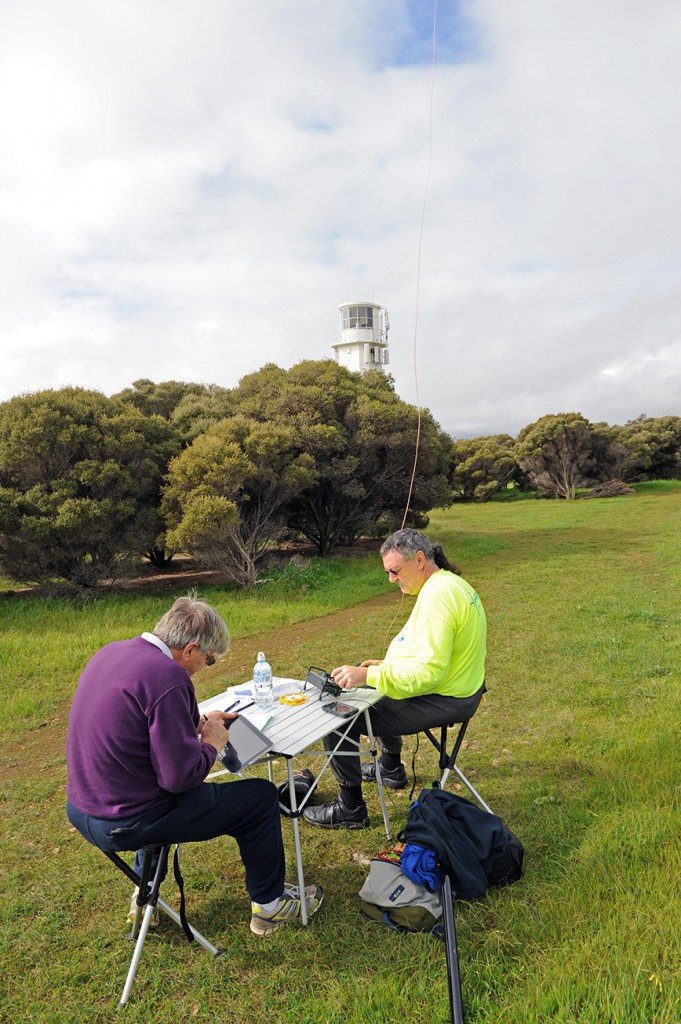 A 5 minute walk up the hill to the Lighthouse – which is in a fenced enclosure in the middle of the conservation park, a bit of a walk around to admire the view to the West across the Gulf and to the North along the coast towards Adelaide, they could see that the rain was clearing. There was a suitable spot to set up a portable station about 50M from the lighthouse overlooking the Gulf.

Back at the Carpark, Gary, VK5FGRY had arrived and everyone made their way back up and set up the station. The station for this operation was a KX3 and an inverted V on 40M and also a 1/4Wave vertical on 20M

As we were setting up the weather cleared and we were lucky enough to have even better views towards the city and across the Gulf. 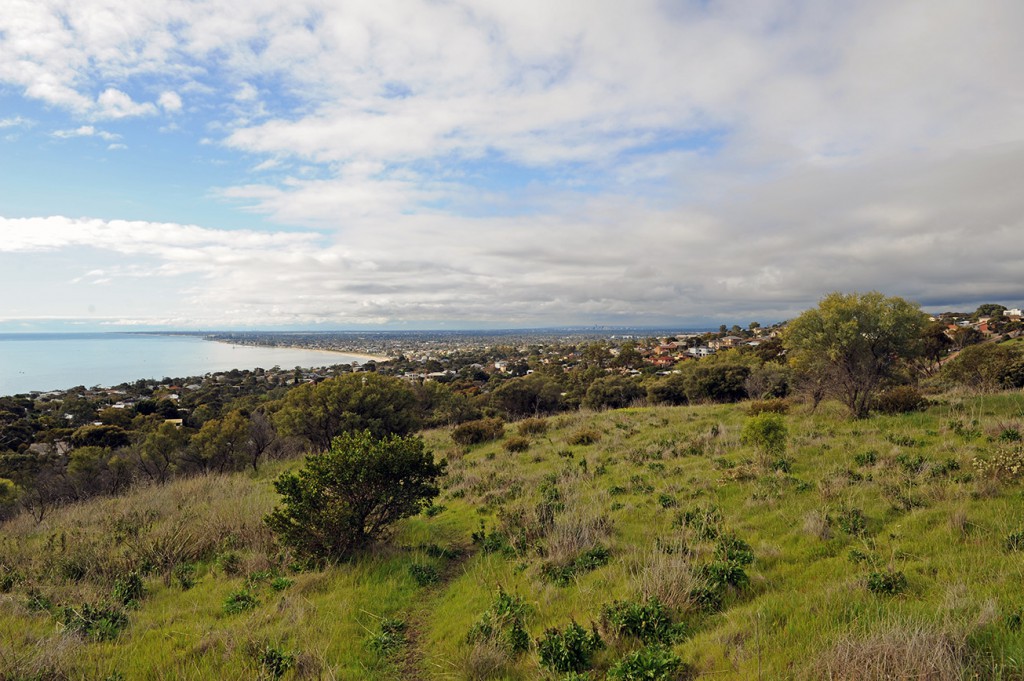 Once set up, we started looking over the bands and came across another Club Member – Peter, VK5KX who was at Troubridge Hill Lighthouse – AU-0105 and made the first contact for the day at 0455UTC 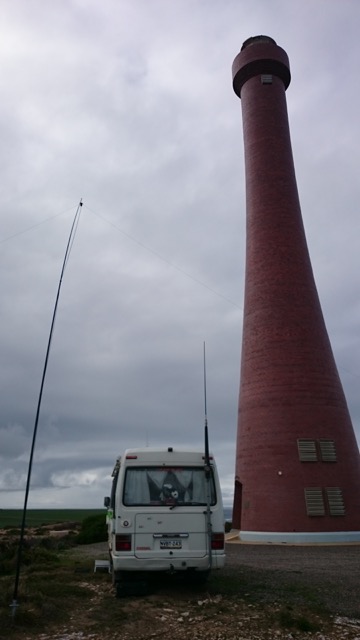 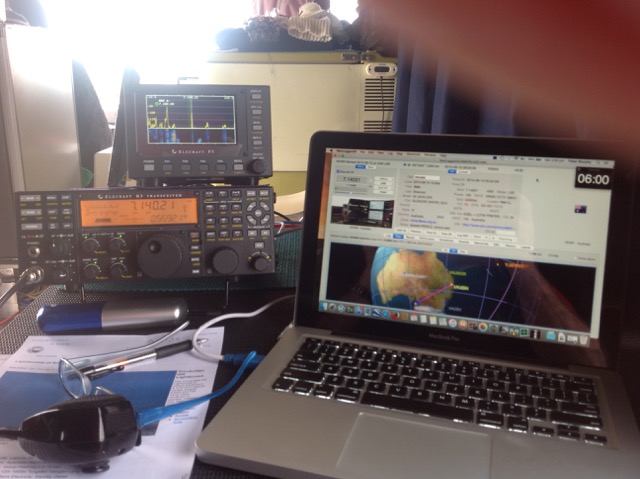 Even though the bands were busy with the RD contest it was fairly steady going – conditions were only average.  The staion mainly worked 40M and tried 20m for a little while at around the time we would expect and EU activity – but only worked a single station on 20M.

All up a fun day was had by everyone involved. It was a great opportunity to undertake some portable operation from some unique landmarks! Congratulations to all involved who braved the wintry weather!