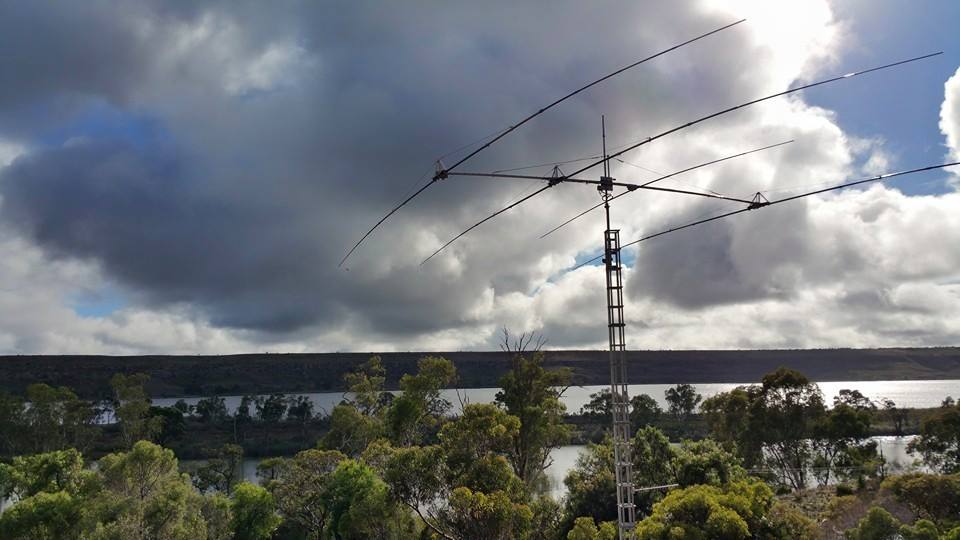 The Amateur Radio Experimenters Group (AREG) had the pleasure of co-operating the VI5ANZAC special event callsign on ANZAC day 2015 commemorating the 100th anniversary since the landing at ANZAC cove at Gallipoli in World War One. The AREG crew for these two days was based at a location ~100km east of Adelaide on the banks of the River Murray.

The operators of this activation were:

AREG operated two stations at this location covering most HF bands. The primary station setup was as follows:

There is a webcam setup on the MonstIR boom, giving us a wonderful view of wherever the antenna is pointing! A live view is available here. 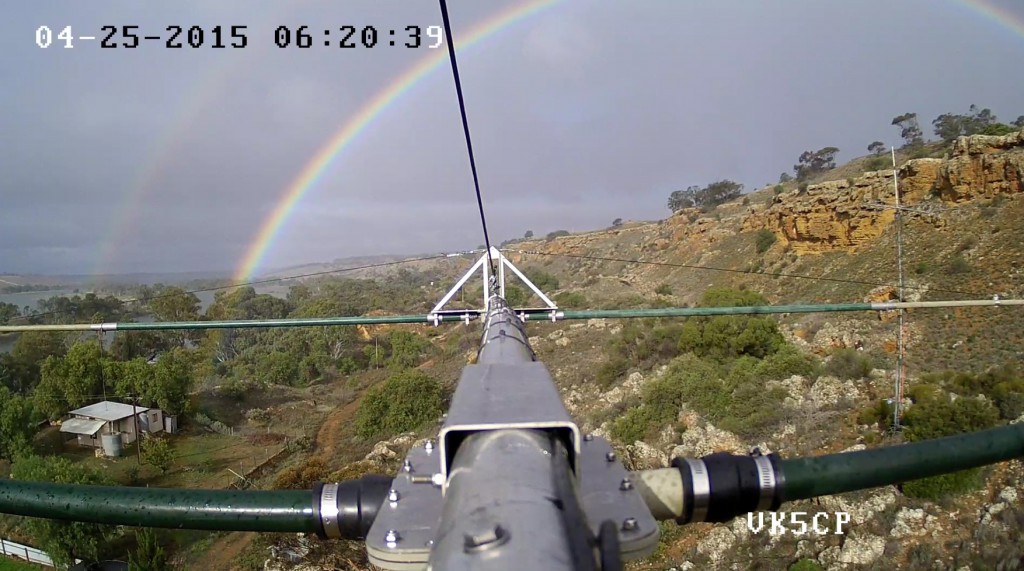 The view from the MonstIR Yagi! 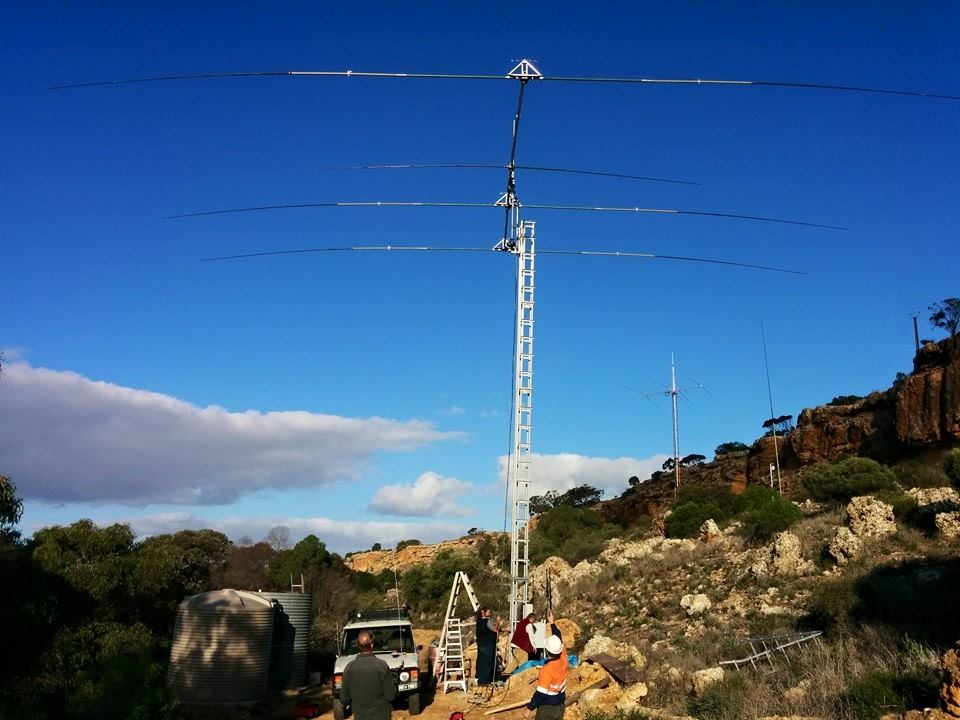 The MonstIR Yagi, with the (tiny!) HB35 in the background.

The second station consisted of a:

Over 1000 contacts were made including to many of the other VI%ANZAC stations, plus VI100ANZAC, ZL100ANZAC and also to the special event stations operated by the Turkish Radio Amateur Club.

Theo even managed to film some of the action while working Europe on Sunday morning!

Not to mention the pileups he encountered on 10m!

Full details, log extracts and graphic visualisations of where we worked will be added as soon as they can be post processed.