The weekend of the 5th and 6th of April was the one year anniversary of the VK5 Parks award, which encourages portable operation from South Australia’s National & Conservation parks. ‘Activators’ operate portable from within parks, while ‘Hunters’ make contacts with activators. Awards are available for both activators and hunters, and also for making park-to-park contacts.

Andy VK5AKH and Mark VK5QI decided to give the AREG club callsign (VK5ARG) a workout by activating as many parks as possible in a single day. They set off Sunday morning at 7:30AM, and by 8PM had activated 20 parks. Emphasis was placed on fast activations, with about 5 contacts made per park.

The parks activated were:

Some pictures from the day are shown below: 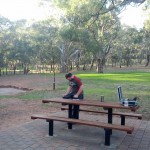 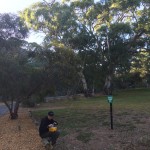 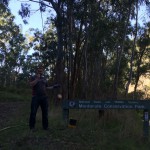 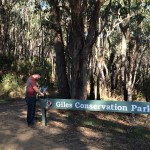 Once again, the trusty park sign is used to hold up the antenna. 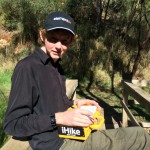 In Horsnells Gully we set up on a small bridge. 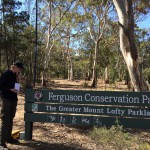 We got a few odd looks from the local “Friends of the Ferguson CP” group while we made a few contacts. 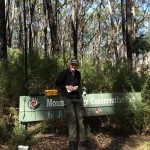 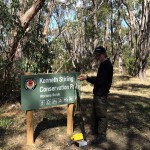 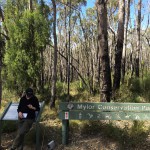 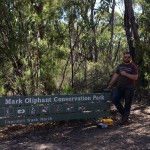 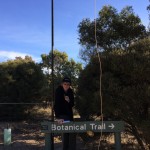 Mark hiding in the shade at Marino. 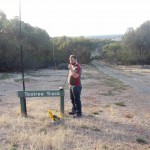 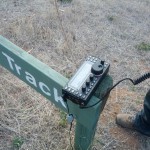 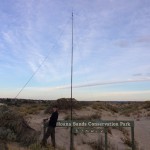 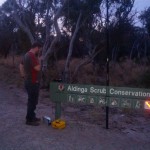 Making some contacts as the sun sets.