Due to adverse predicted weather conditions, the imagery flight planned for Sunday the 1st of May was replaced with a telemetry-only launch. A Vaisala RS41 radiosonde, re-flashed with ‘Horus Binary’ firmware was launched under a 200g Hwoyee balloon, with a planned target altitude of 27km. The aim of the flight was to give receivers in the Central South Australia area an opportunity to get set up to receive the flight telemetry using the ‘Horus-GUI’ software. 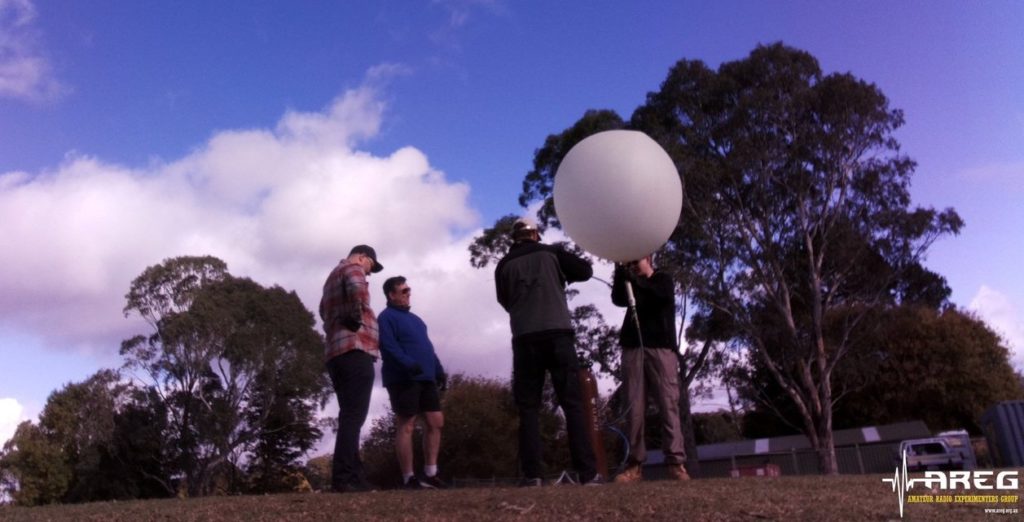 This launch was performed from the Mt Barker High School Oval, a common launch site used by the group. The site was a little breezy, which would have made filling a larger balloon a bit difficult, but with the small balloon it was no problem. Thanks to those that came along and helped out!

We launched a balloon this morning! Tracking available at https://t.co/EMT7XeUh4s Great to see so many stations receiving! pic.twitter.com/IiS1WF2uqc

In retrospect, the weather would have actually been pretty good for imagery, but this was difficult to tell based on the predictions in the preceding days. We’ll try to launch the imagery payload next weekend (hopefully on Saturday the 7th of May).

As the balloon and payload ascended, it was great to see many receiver stations coming online to contribute telemetry. The new SondeHub-Amateur tracker shows the signal-to-noise ratio that each receivers is seeing, so it was interesting to watch how this varied for the different receiver stations. There were a few bugs encountered on the tracker which should be fixed before the next launch. 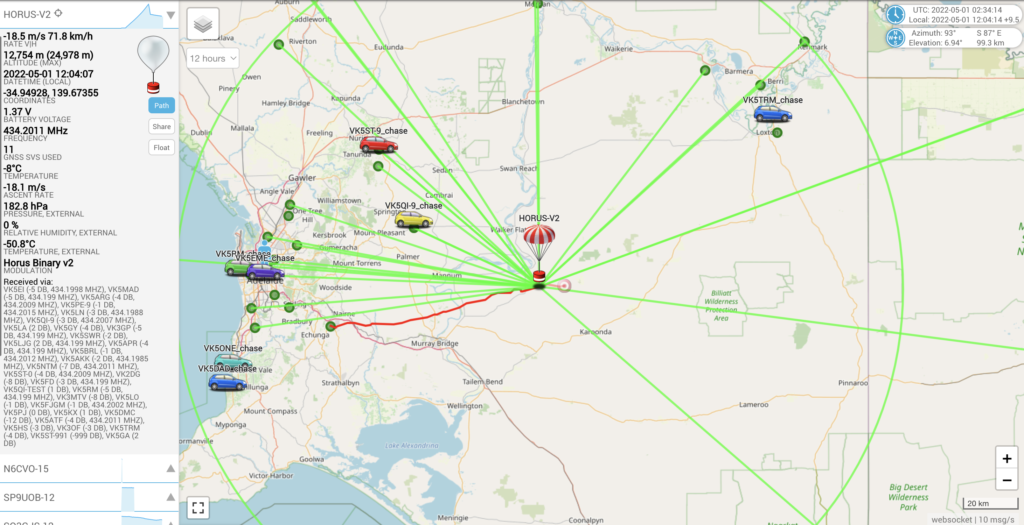 Horus 56 being received by 36 stations simultaneously!

Over the course of the flight we ended up seeing telemetry from 37 unique callsigns, including many new stations, and a few we haven’t seen in a while. We also saw stations from as far away as Swan Hill and Horsham in Victoria, and Mount Gambier in the South-East of South Australia!

After the launch, a few of the launch team headed up to a lookout near Mt Pleasant to track the flight (and get some lunch from the Mt Pleasant Bakery!). As this was just a telemetry payload (and we have plenty of those thanks to the Bureau of Meteorology!) there was no attempt to recover it.

The balloon burst just under 25km, a bit short of the expected 27km, and came to land to the east of Bowhill. 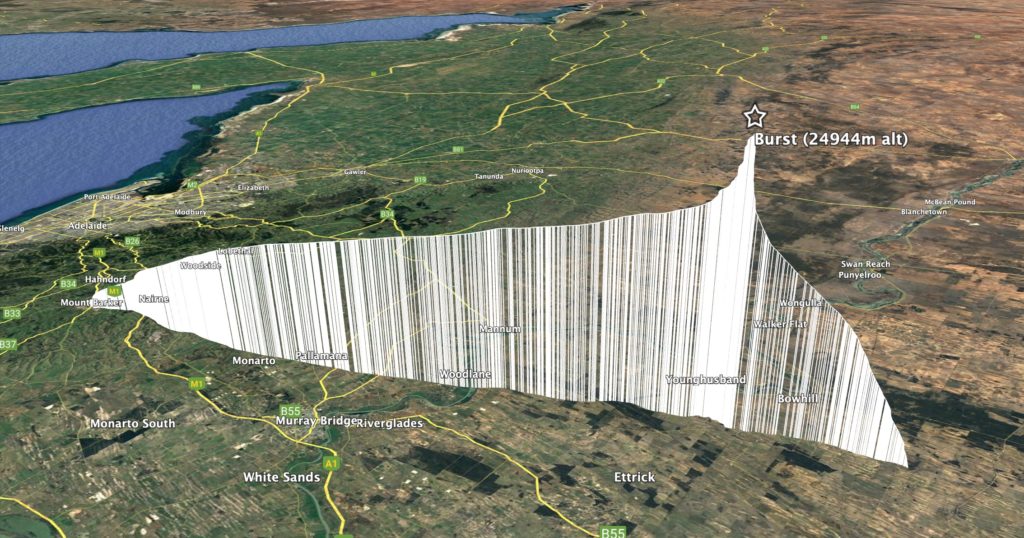 The following callsigns uploaded telemetry during this flight:

Thanks for contributing to the flight tracking! 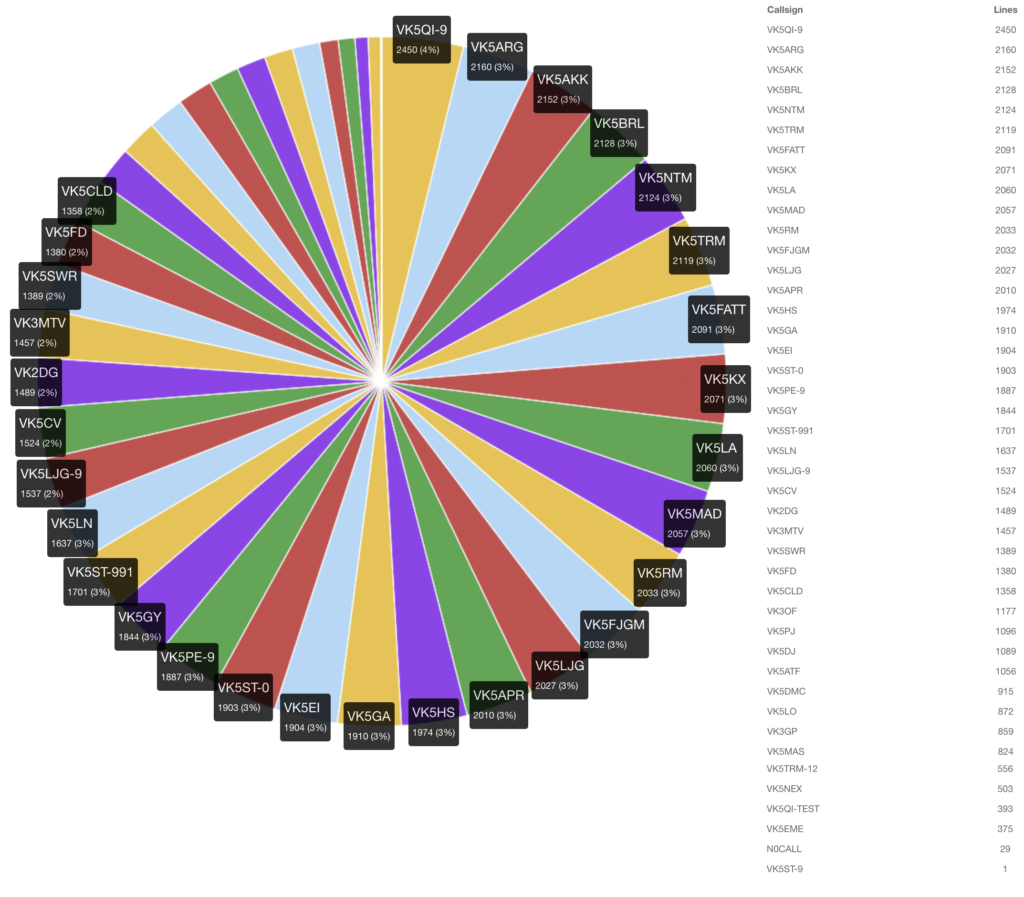 Weather permitting, we’ll have another attempt at the imagery launch next weekend, on either Saturday the 7th, or Sunday the 8th of May (noting Sunday is Mother’s Day – we’ll try and avoid this if possible!). We’ll post more about this as weather predictions become available.