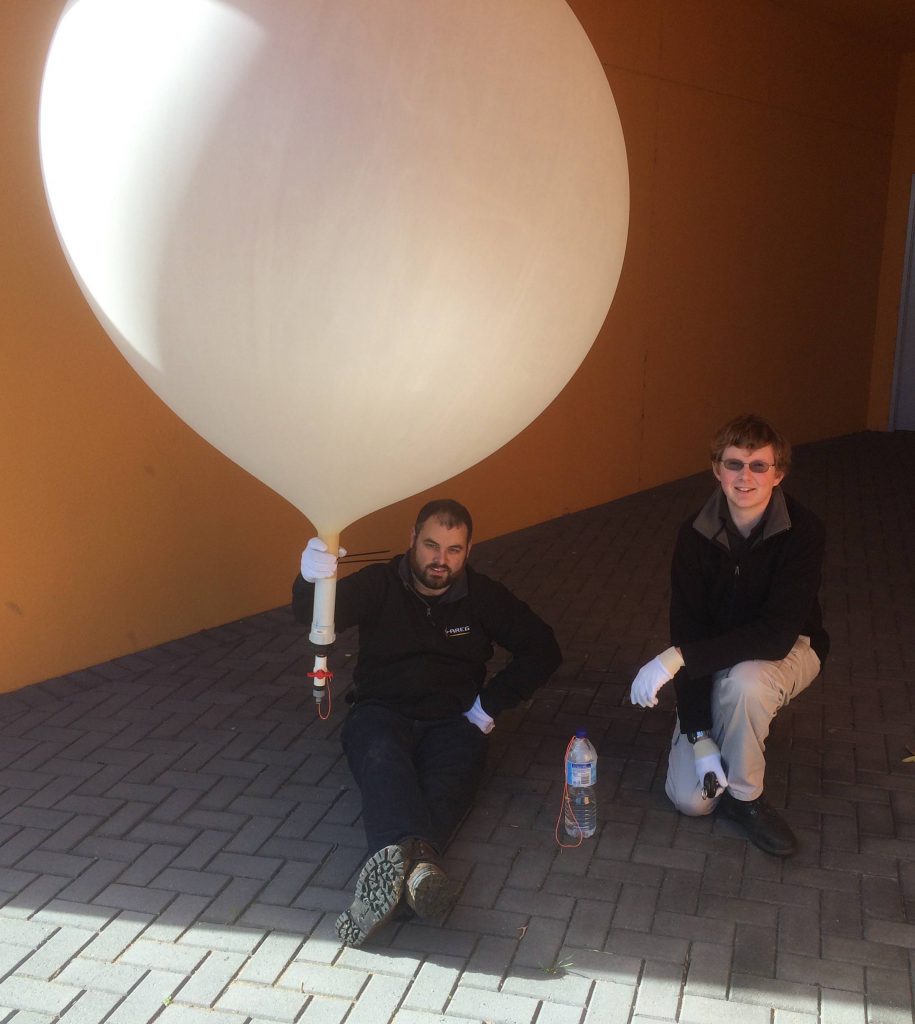 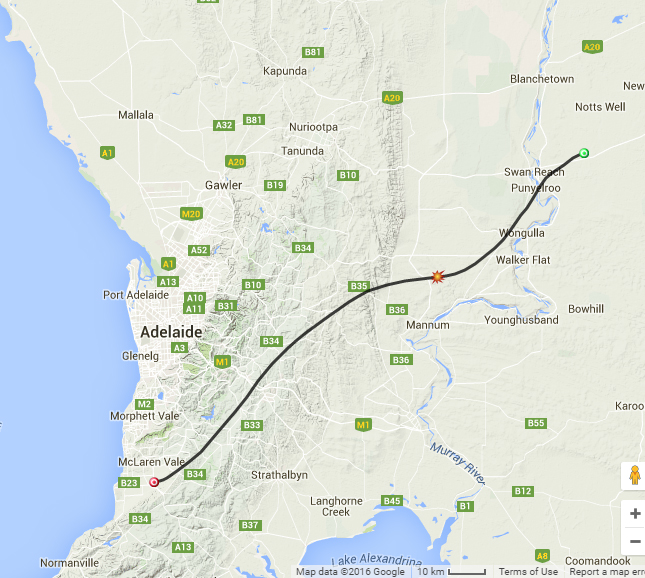 This flight was organised mostly (gas + balloon + payload + CASA) by a science teacher from the high school, with assistance from myself (telemetry + recovery). The launch being mid-week certainly doesn’t make it easy from our side, so at the moment the tracking crew consists of myself, Gary, and the Adelaide division of IBM Ozlabs (Joel Stanley and Andrew Jeffery).

The flight carryed a GoPro plus the usual tracking & cutdown payloads, beneath a 300g balloon. We expected a burst altitude of around 20km, with a predicted landing zone to the east of Swan Reach:

This was a fairly long distance flight for the predicted altitude, but the predicted flight path holds the promise of some pretty good video of the Adelaide area (assuming the ‘partly cloudy’ prediction happens). The VK5QI chase crew was on the road to Swan Reach roughly 30-45 min prior to the launch time, to get in position to both cutdown (if required) and recover. 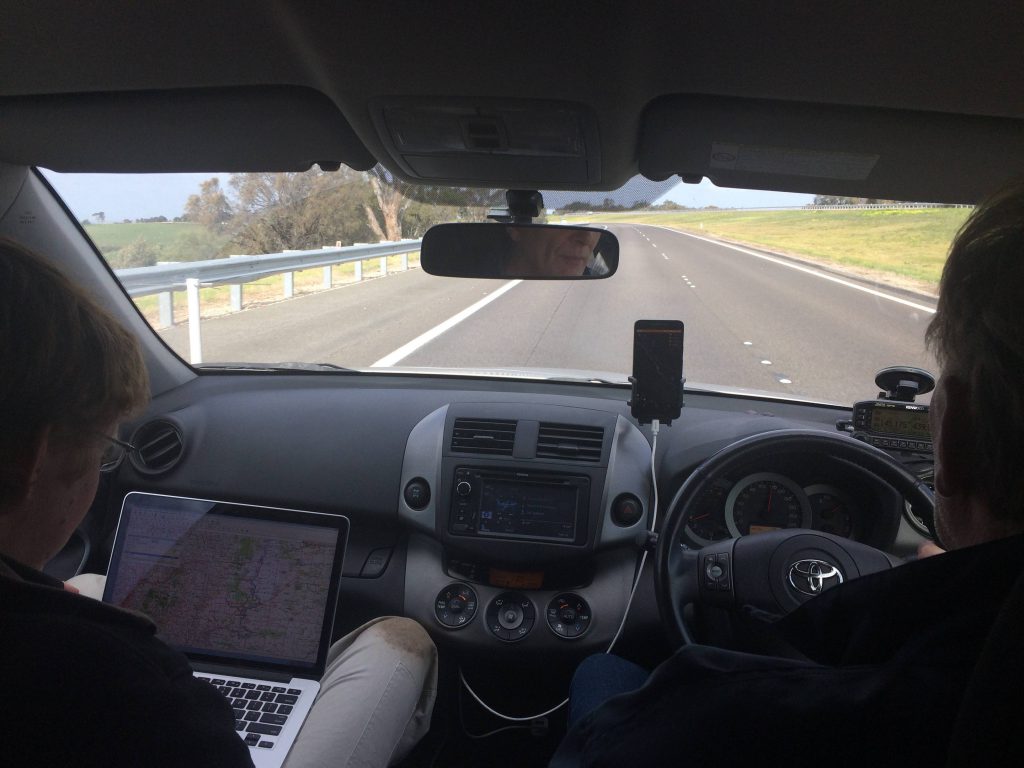 During the Chase and recovery

Update: The Flight was a Success!

The flight has been a success and the payload was recovered (albeit a little further away than planned, about 10-15km south of Waikerie). Here was the actual track route from the chase: 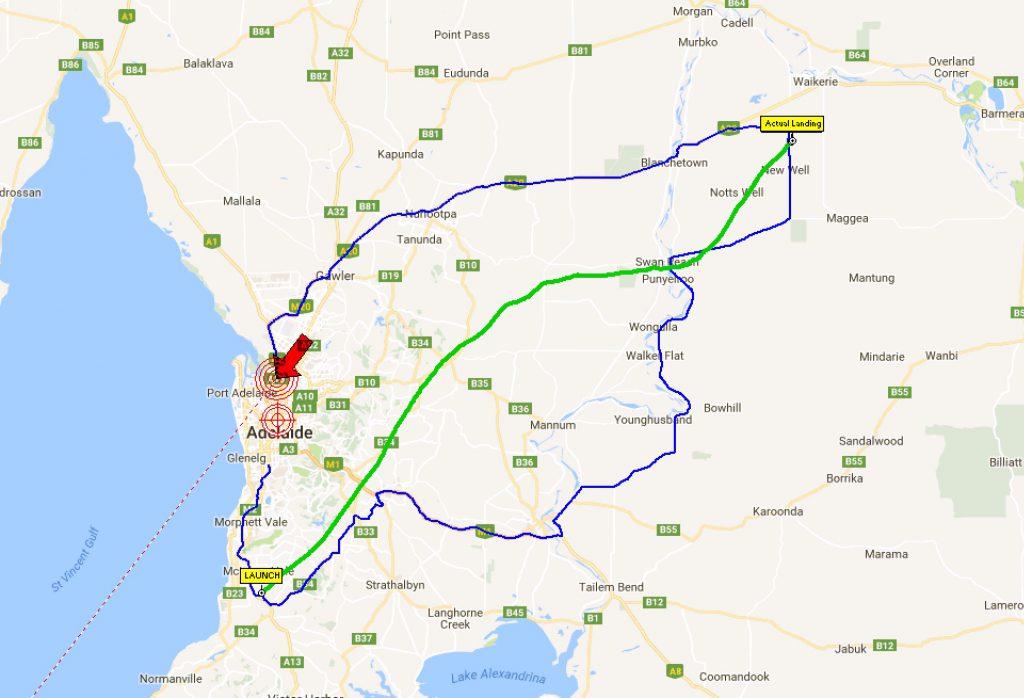 The AREG crew helped with filling the balloon as well at the School. Here are their ground crew efforts

The following gives you an idea of some of the frames collected by the camera for the school!

And the following is the recovery action

Thanks to Gary VK5FGRY, Mark VK5QI and Andy VK5AKH for the photos!