Have you ever wondered just where you might hear one of the AREG repeaters? The following coverage predictions may help give you a clue. While no prediction is 100% accurate they do give you an idea of what to expect. The repeater itself has been rebuilt by Paul VK5BX & Dean VK5HMV, and was installed by Dean VK5HMV and Shane VK5NRV over this past weekend. This was the culmination of 9 months of discussions and planning by the AREG Committee, members on the repeater sub-group and the Kern WiFi team. 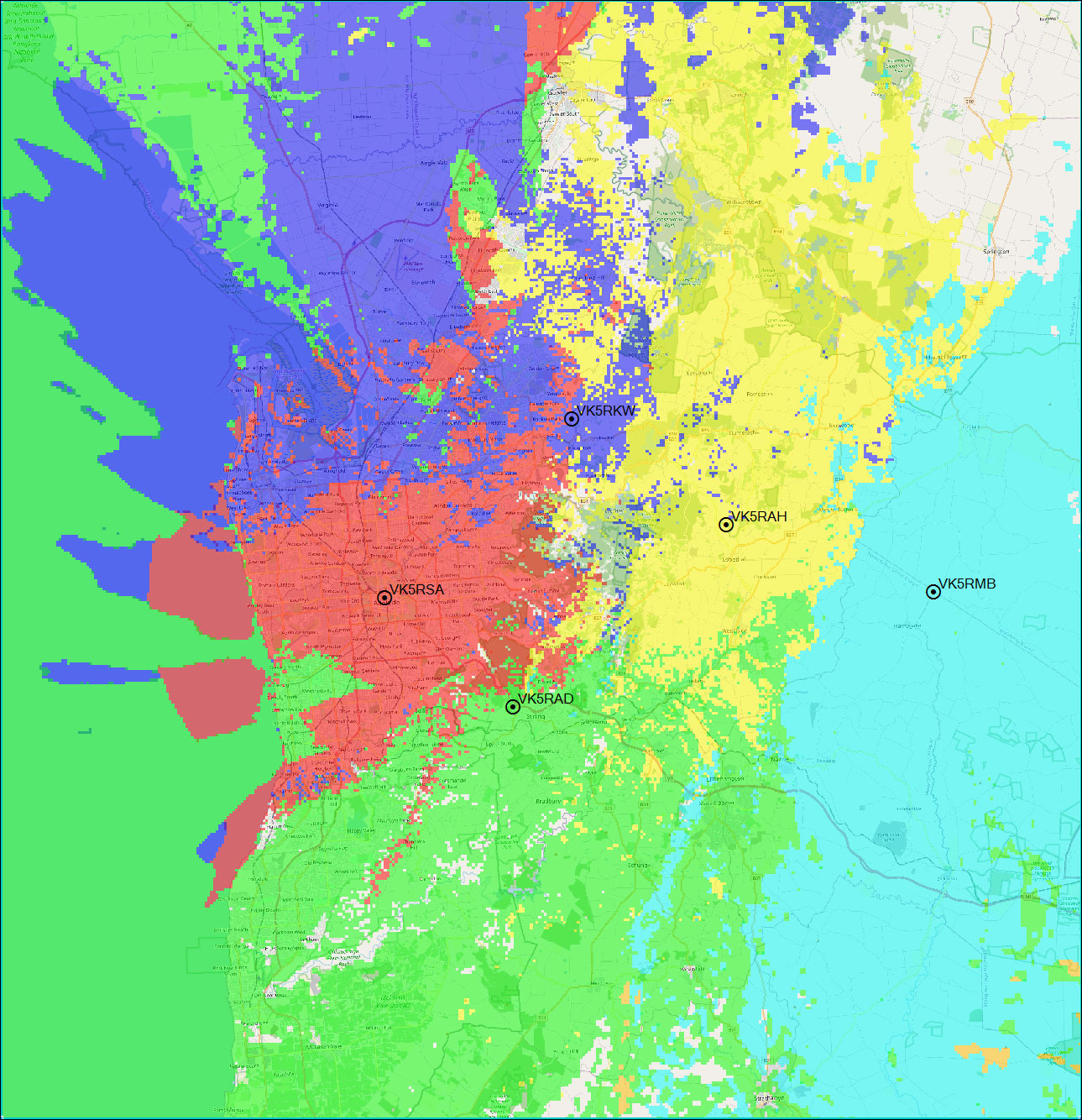